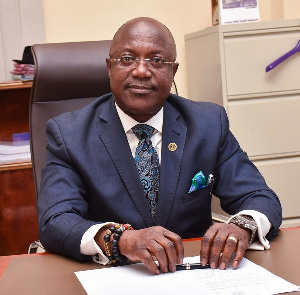 The Alliance for Footsoldiers Advocacy (AFFA), a group affiliated to the governing New Patriotic Party, is demanding an apology from the Executive Secretary of the National Identification Authority (NIA) over comments he made to the effect that persons with affiliation to the NPP will not be employed under his tenure.

In a statement copied to GhanaWeb, AFFA stated that the statement by Professor Ken Attafuah could create divisions within the party and affect their chances in the elections.

The group noted the statement by Professor Ken Attafuah is denigration of all NPP members; hence he must retract and apologize.

“Alliance For Footsoldiers Advocacy (AFFA) is crestfallen by disparaging remarks made by Professor Kenneth Agyemang Attafuah, CEO of National Identification Authority (NIA) to the effect that his outfit, desirous to enhance what he calls ‘political neutrality’ shall not hire the services of members and sympathizers of the ruling New Patriotic Party (NPP) in the ongoing recruitment exercise.

“This brazen impertinence and injudicious exercise of discretion by Prof. Attafuah is a recipe for party disintegration. An erroneous impression is created by the good old professor as though party [NPP] people are illiterates who cannot put pen to paper or man a computer.

“For Christ’s sake, NPP foot soldiers are knowledgeable individuals with the requisite academic credentials and technical knowhow in their field of study, who, when given the opportunity, can perform to satisfaction” part of the statement reads.

Ken Attafuah in an interview on Angel FM in Kumasi revealed that he is under instruction from President Akufo-Addo not to engage the services of any known member of the NPP.

According to him, President Akufo-Addo is unhappy with the politicization of institutions and wants to rid them of this practice.

“The President, His Excellency Nana Addo Dankwa Akufo-Addo, has charged me that I should make sure no party executives are hired in the process. He does not want to leave a legacy of employing his party members and packing them into a particular sector. No!”, Professor Attafuah noted during a radio interview with Angel FM.

The NIA boss continued: “No. He [Nana Akufo-Addo] wants us to build a neutral public service. Neutrality is one of the principles of the Public Service. We need political neutrality so we are doing what the law says we should do and the President supports it.”

We’ll Make Ghana The Safest Place For Journalists In Africa –...

Help your members succeed with AfCFTA