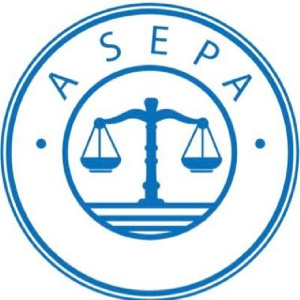 The Alliance for Social Equity and Public Accountability (ASEPA) has on Monday, May 17, 2021, invoked the Right to Information Law to request a copy of the report on the investigation into the arrest and assault of two ModernGhana journalists in 2019.

This follows a statement by the National Security Ministry that it was conducting a probe into the alleged assault of Citi FM and Citi TV’s Caleb Kudah.

The group says it would be proper for the report on the previous assaults to be released so Ghanaians would know the outcome of the incident which occurred some two years ago.

ASEPA wants the National Security to furnish them with the report in 7 working days.

A group of men introducing themselves as National Security operatives in June 2019 raided the offices of online news outlet, ModernGhana, and arrested at least three editors.

Editor-In-Chief William Nana Beeko at the time said the raid was carried out after a publication was made about the National Security Minister, Albert Kan Dapaah, and a New Patriotic Party MP, Afenyo-Markin.

Beeko said laptops belonging to the online media outfit were seized in the course of the raid and the whereabouts of his colleagues remain unknown.

The journalists were accused of cybercrime targeting media houses and corporate organizations.

The government accused the journalists of hacking into emails and servers of competing websites and newsrooms and intercepting stories for their own use.

Read their statement below: