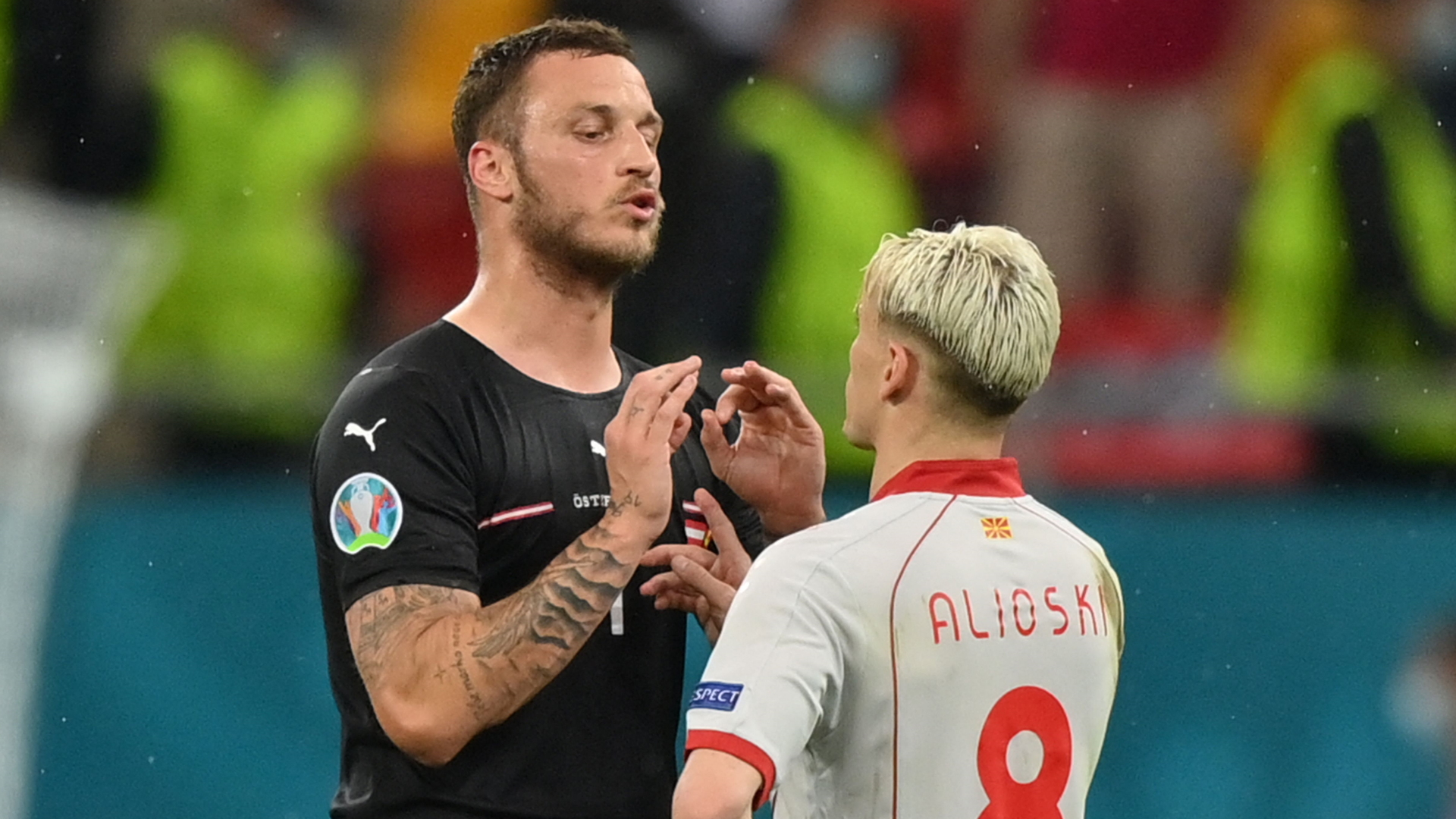 The forward will not feature against the Dutch, although his ban included no mention of racism

Austria star Marko Arnautovic has been suspended for one match following UEFA’s investigation into remarks the striker made towards Ezgjan Alioski.

After scoring in Austria’s 3-1 win over North Macedonia, Arnautovic was seen gesturing in the direction of Alioski and allegedly shouting “I’m f*cking your Albanian mother”.

The player took to social media following the incident to apologise, insisting that his words were not racially charged, but UEFA has made the decision to ban him for one game for using insulting language.

What did Arnautovic say?

“There were some heated words yesterday in the emotions of the game for which I would like to APOLOGIZE – especially to my friends from North Macedonia and Albania,” he wrote on Instagram.

“I would like to say one thing very clearly: I AM NOT A RACIST! I have friends in almost every country and I stand for diversity. Everyone who knows me is aware of that.”

What did UEFA say?

Arnautovic may have said sorry, but he has been suspended regardless – although UEFA’s press release made no mention of racism.

“The UEFA Appeals Body has decided to suspend Austrian Football Association player, Marko Arnautovic, for the next (1) UEFA representative team competition match for which he would be otherwise eligible, for insulting another player.”

With Arnautovic having made an instant impact when coming off the bench against North Macedonia, the news of his suspension will sting fans who had been counting on him to pose a threat to the Netherlands.

Indeed, even Dutch boss Frank de Boer noted his absence as a big blow, telling a press conference on Wednesday: “This is of course a pity for Austria, they will miss him.

“For us it is an advantage. He immediately made the difference [against North Macedonia] after he came on.”

Milwaukee Bucks continue to get exposed in NBA playoff series vs....