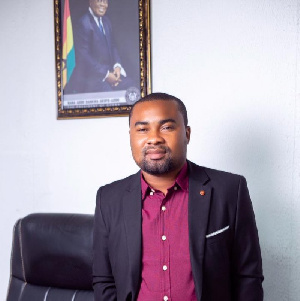 Razak Kojo Opoku, a leading member of the New Patriotic Party has posited that Dr Mahamudu Bawumia represents the party’s best chance of winning the 2024 elections.

According to him, the Vice President has exhibited beyond every iota of doubt that he is capable of steering the affairs of the country.

In a Facebook post, Razak Kojo Opoku noted that Bawumia has been the brain behind some major interventions embarked on by the Akufo-Addo led administration.

“The Vice President Dr. Bawumia has truly distinguished himself as a precious asset and beacon of hope for the New Patriotic Party (NPP) and become an asset that the Nation cannot do without.

“Upon his assumption of office as the Vice President of Ghana, Dr. Bawumia has re-directed Ghana’s manual systems to that of digitization to fast-tracks the national development agenda, a move that has saved the nation millions of dollars in terms of revenue.

“The Vice President has spearheaded the digitization and digitalization agenda of Ghana to formalise and transform the country’s economy and further bring about inclusion”, he said.

Razak who doubles as the leader of the Concerned Voters Movement highlighted some of the crucial and impactful initiatives embarked by the government.

“The Bawumia’s digitalization and digitization programme have become the backbone and driving forces behind the successful implementation of Government’s flagship programmes such as One District One Factory, Planting for Food and Jobs, Building Accurate National Data and the overall reforms currently ongoing at the various Government’s Ministries/Agencies/Institutions with the purpose of checking and minimizing corruption as well as increase revenue mobilization for national socio-economic development and transformation,” he said.

See also  We have no records of negative results of you

Aside these outstanding projects, Razak also shed light on the role Bawumia has played in fostering unity among the various religious groups in the country.

“Dr. Bawumia is the only Vice President since independence who has been able to champion peaceful religious coexistence and tolerance in Ghana”.

“He and his wife have been deeply involved in Christian activities and programmes, all aimed at fostering National Unity in diversity as well as safeguarding religious peace in Ghana”

I’m told number of missing excavators is not up to 500...