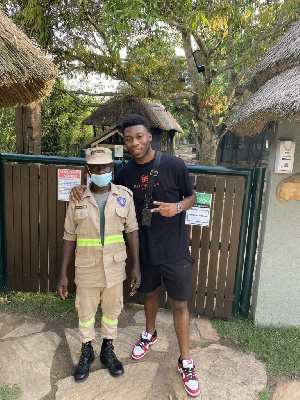 Dutch-born defender Timothy Fosu-Mensah has arrived in Ghana for the summer holidays.

The former Manchester United player is in the country to take time off after a long season in Europe.

His arrival is expected to spark reports of nationality switch following the warm welcome given to Chelsea star Callum Hudson-Odoi.

Per FIFA’s new rules Fosu-Mensah can switch nationality despite representing the Netherlands in the past.

He made six appearances for the Bundesliga last season after joining midway through the campaign.

See also  Why Suhuyini will vote against Deputy Education Minister-Designate

Be bold and revoke the licenses of NDC, NPP

My son is not old enough to be in SHS, ignore...