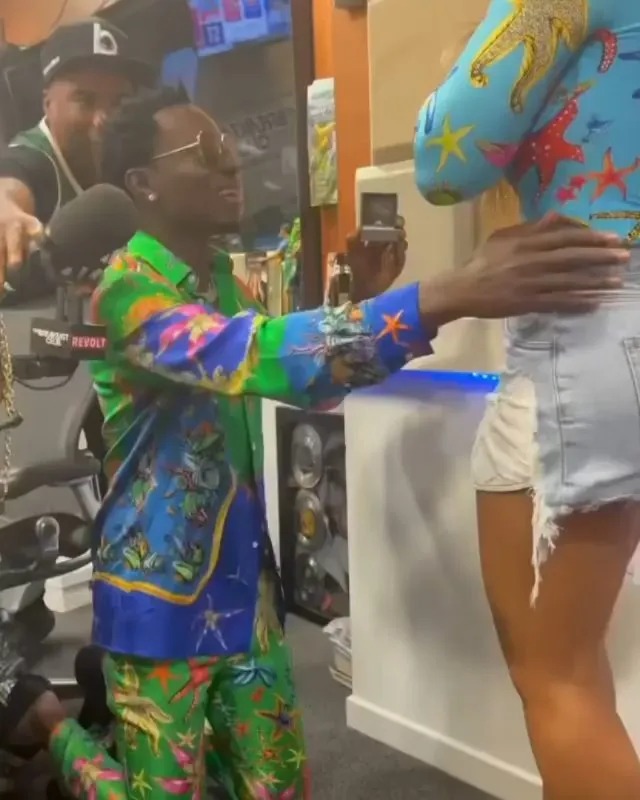 This is definitely a first in Breakfast Club history! During Thursday’s interview with comedian Michael Blackson, he pulled a massive surprise.

He put everyone on the spot when he popped the big question to his long-time girlfriend Miss Rada.

Towards the end of the interview, Michael brought his girlfriend into the studio to meet everyone.

Charlamagne asked if he would propose to her and to everyone’s surprise, Michael then reached into his bag, grabbed a ring, and proposed on the spot.

Sharing why he decided that this was finally the woman he wanted to be with for the rest of her life, the comedian expressed that her loyalty was the thing that really made him want to pop the question.

A shocked, yet elated Rada took to social media to disclose she had no idea she would be engaged on the show.

She joked of how she ate vegetables in the morning and by afternoon, she was bathing in karats.

UK based Ghanaian DJ, DJ Paak releases a summer anthem and he calls it ‘We Meuve’

Abena Korkor Apologizes To Eugene Osafo Nkansah For Describing Him As...

Akrobeto dresses like a woman to celebrate Mothers Day