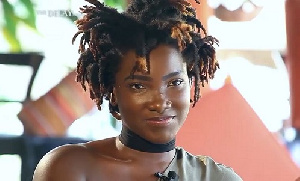 According to him, her career and everything she was able to achieve within the short period of her life is an inspiration to him.

Speaking in an interview with Foster Romanus on e. TV Ghana’s Late Nite Celebrity Show he said, “Looking at her career, she was able to do a lot of things within a year including grabbing the first female artiste of the year award within the shortest possible time and that alone pushed me to pursue music”.

He stated that, he has always had passion for music but there was no inspiration for him to pursue it as a career until he began listening to the late dancehall songstress and this influenced him.

“Watching her achieve everything made me know that it was also possible for me to achieve what I wanted” he stated.

See also  I nearly stopped my son from being a musician

Summer rains is currently being managed by, father of the late songstress Starboy Kwarteng and signed under his record label, “Ebony Reigns Record label”.

Be in the courtroom on Friday, attendance speaks volumes – Efia Odo tells ‘Fix The Country’ campaigners