Ghanaian actress, Efia Odo has revealed her real age on Twitter and fans cannot believe it.

Although her information on Google suggests she was born in the year 1993, the actress says otherwise.

In a Twitter interaction with a follower today, Efia was asked how old she is.

See also  For every ₵100 Ghana makes, ₵80 of that goes into payment of debt and salaries – Afriyie Ankrah Her response has generated a lot of response from followers who strongly disagree with her age.

See screenshots of some responses below; 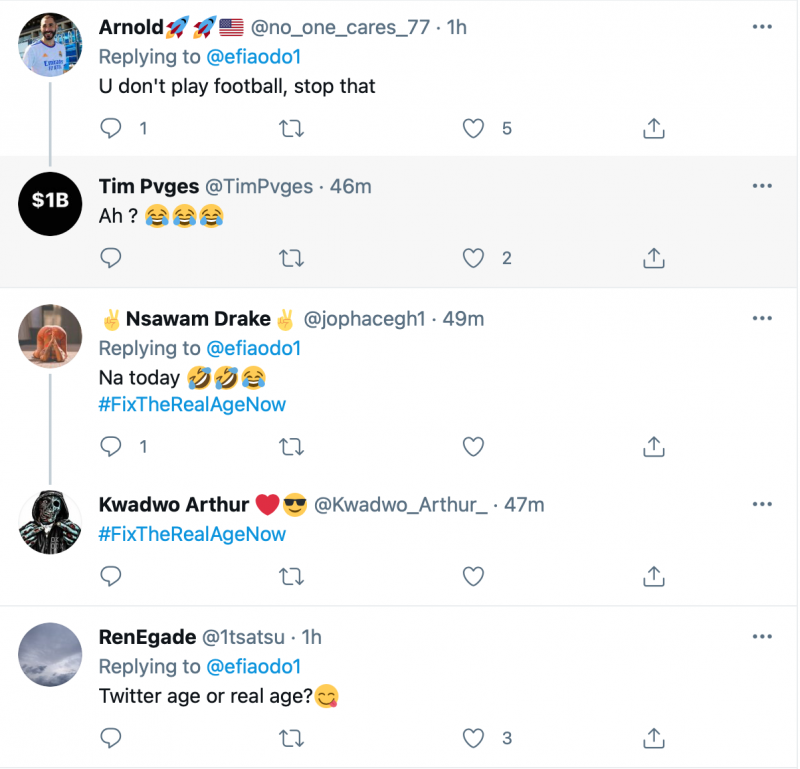 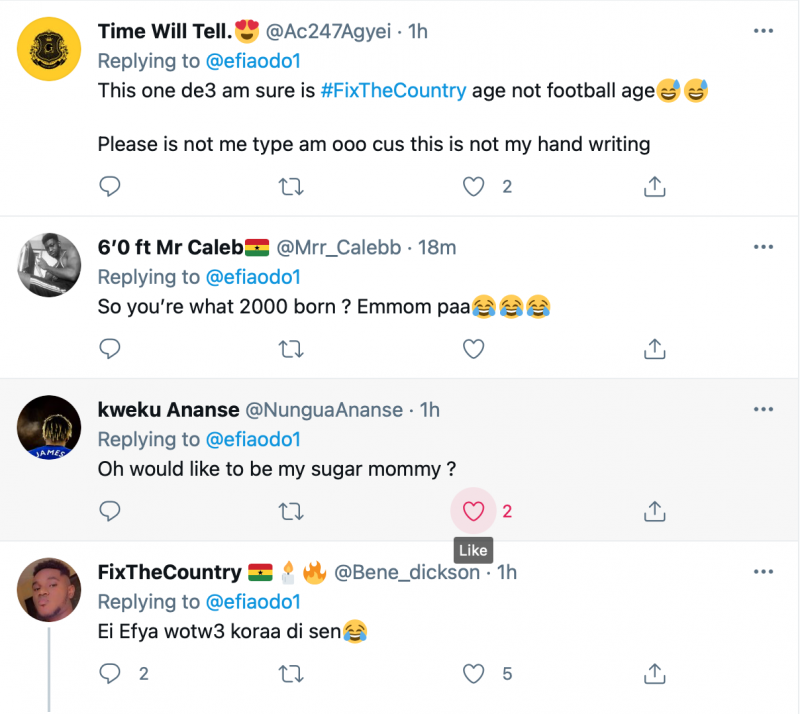 ‘Prophet TB Joshua Called Me & We Spoke Long Before He...

John Boadu rejects claims of his involvement in ‘galamsey’