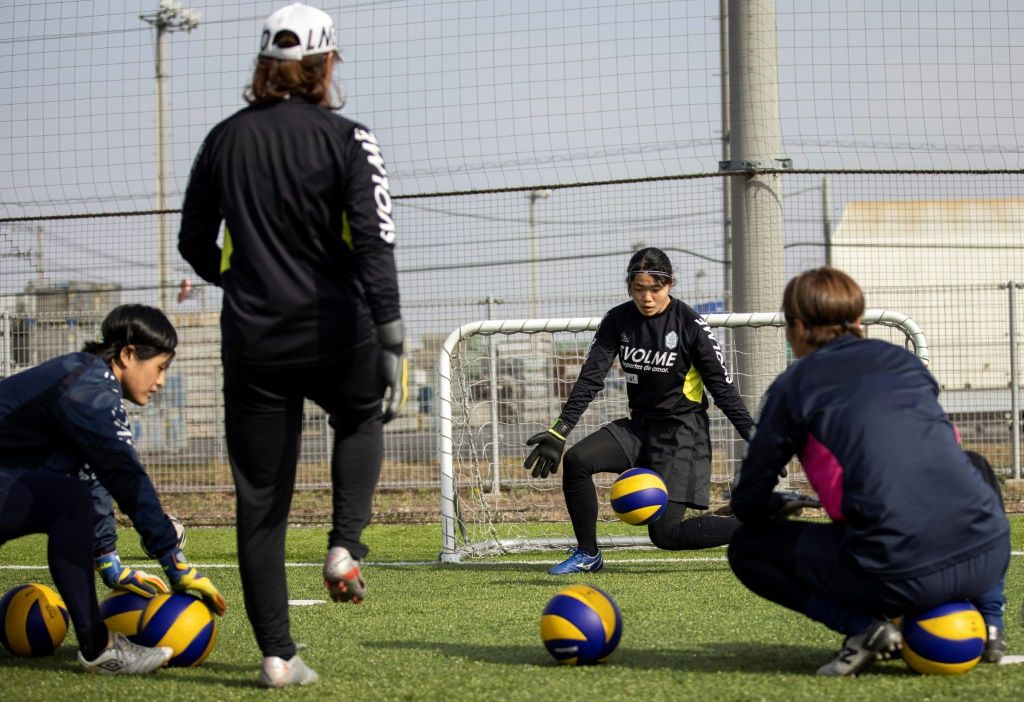 A decade since winning the 2011 Women’s World Cup, Japan has fallen behind, even as the sport becomes more popular and lucrative elsewhere.

But the new league’s organisers hope it will bring prestige and fresh talent to Japanese clubs when it kicks off in September, tapping into growing enthusiasm across the region ahead of the 2023 World Cup in Australia and New Zealand.

“We had a sense of urgency, as we felt that Japan would be left behind globally if it didn’t go pro now,” said Kikuko Okajima, chair of the WE League — short for Women Empowerment.

“We’re in the middle of a pandemic, but we decided not to delay the tournament and to launch the pro-league,” she told AFP.

Japan is currently 10th in the FIFA women’s rankings, behind several European teams and the number-one US side, who were led to victory at the last World Cup by star winger Megan Rapinoe.

The national team — nicknamed “Nadeshiko” after a pink flower that symbolises femininity in Japan — won silver at the London 2012 Olympics but failed to qualify for Rio, and its chances of a medal this summer on home turf are slim.

Okajima says Japan’s clubs are finding it harder to keep up as teams in Europe and elsewhere go professional, meaning “the level of women’s football is rapidly rising”.

But players at Chifure AS Elfen Saitama, one of the WE League’s 11 inaugural clubs, see a bright future.

“I am hopeful, and I also feel responsible as a player” for the game’s success, she told AFP as her teammates practised headers and talked tactics at their training ground near Tokyo.

Female footballers aren’t always recognised for their talents in Japan, Asano said, recalling her surprise when she was greeted with loud cheers at an under-17s match in the United States.

She hopes that will change as the league grows.

“If we can show we’re just as great as men’s football teams… there will be more sponsors and supporters,” she said.

Okajima hopes to raise the profile of the sport in Japan and attract new fans, especially women in their teens and twenties.

Just 1,300 supporters on average turn up to games in the country’s top semi-professional women’s league, while a popular team in the US can draw a crowd of 20,000, she said.

And only 3.3 percent of registered Japanese players are women, with the number of female players staying roughly the same over the past 10 years.

It’s still common for female players in Japan to have a day job and train in the afternoon, while many teams don’t have permanent grounds.

“Women couldn’t earn a living with football. But once it goes pro, becoming a footballer can be a dream and a goal for girls,” said AS Elfen midfielder Emi Yamamoto.

The 39-year-old spent several years at teams in Italy and the US, and says many others have done the same because they could not go pro in Japan.

“If the league reaches the top level worldwide, everyone, including foreign players, will want to play here,” she said.

In another boost to players’ international ambitions, a women’s Asian Champions League is set to launch in 2023, the regional football governing body said earlier this year.

Meanwhile the WE League, which is funded through sponsorship and subsidies, has another goal closer to home — to create more jobs for women in the male-dominated sports sector.

The league’s clubs are required to have at least one female coach, while half the staff and one decision-maker must be women.

The main challenge for the WE League might be launching in a pandemic.

Pre-season matches had to be held without spectators due to surging cases, but Okajima says the team is trying to drum up support online, reaching a deal with an online streaming platform to air their tournament.

And goalkeeper Asano is confident that glory could once again beckon for the Japanese side.

“That way, I think we will step closer to winning the World Cup again.”

The Future Of Facebook: Will The Oldest Surviving Social Media Platform Remain Relevant?

Moesha Is Fine And In A Place Where She’s Being Taken...

Man pushes wife into hot water after she failed to serve...