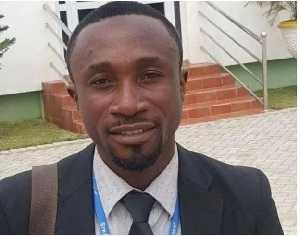 Leader of Common Sense Family, Avram Ben Moshe has stated that the government should have given way for the youth of the country to demonstrate concerning the ongoing ‘fix the country’ agenda.

According to him, the President of the country Nana Addo Dankwa Akufo Addo understands fix the country better than anyone else and was expecting him to even join in the demonstration.

In an interview with Rev Nyansa Boakwa on Happy 98.9 FM’s NsemPii he said, “It was going to be a peaceful one because Ghana is a peaceful country. They should have at least given Ghanaians the benefit of the doubt and just allowed the people to speak and express themselves because that is all they wanted to do”.

He believes that the demonstration would have rather pushed for the government to do better and fix the country like the youth demanded.

Avram disclosed that Ghanaians are not trouble makers and will only make noise when there are people around but will always be on their own when they are alone, “so always let them be”.

“It was a smart and positive move that should not have stopped, even the president and his ministers should have also been part and it would have been a success”, he shared.

He advised that such initiatives should be allowed to go on in order to shape us and solve the situations in the country.

No 15% base pay rise for CLOGSAG – Finance Ministry clarifies

Ghanaian duo Isaac Amoah and Shadrack Yamoah in Dubai to have...