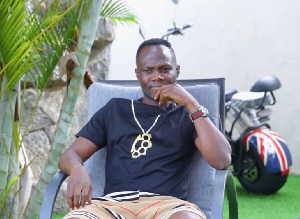 A section of Ghanaians over the years have expressed various degrees of anger towards successive governments continuous funding of the senior national team, the Black stars due to the fact that they have been into several tournaments without bringing home any trophy.

See also  If you can cross 6 minutes in bed, you are normal – Urologist

But reacting to these assertions, ex-Black Stars player, Emmanuel Agyemang Badu speaking in an interview with Sammy Kay on the Go online show, expressed a contrary opinion.

The U-20 world cup winner explained that the system we have here in Ghana is different from the West, hence the government has a major role to play in funding the National teams.

See also  They are my people but …

He asserted that it is not deliberate on players part not to win any trophy for the country, especially when the players are aware and know the benefits, bonuses and advantages they could have when they win a trophy for the nation.

See also  Euro 2020: Germany come from behind to win thriller against Portugal

The former Udinese man urged government not to relent their effort but rather keep on supporting the senior National team till they win the desired trophy our country has been starved of for the past 39 years.

Comedian beaten to stupor for demanding virgin blood for rituals