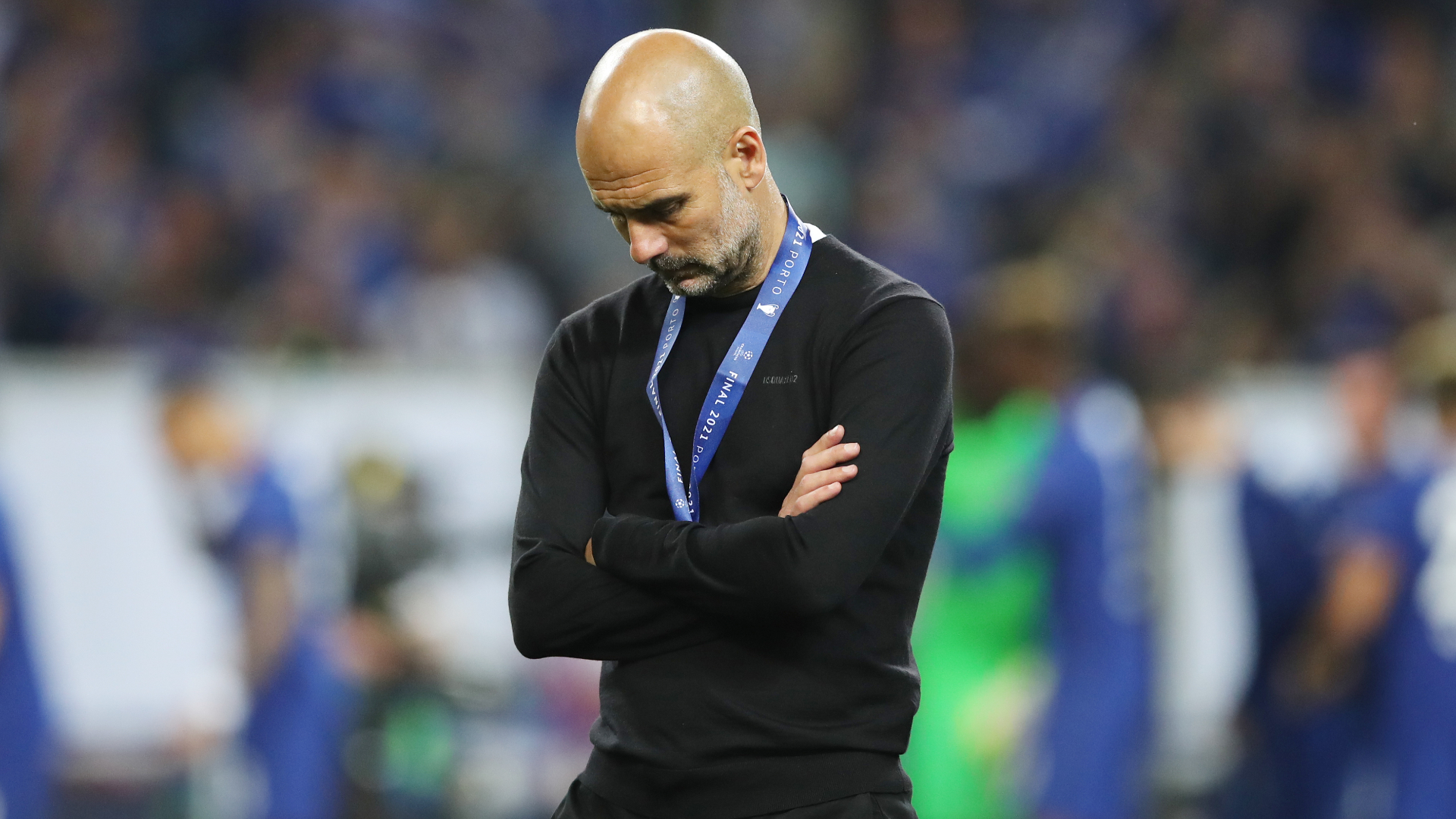 Pep Guardiola is not to blame for Manchester City’s Champions League final defeat, insists Kyle Walker, who says the Premier League champions “needed to do more” to win the European prize.

City suffered heartbreak in their first Champions League final appearance at Estadio Do Drago on May 29, losing 1-0 to Chelsea courtesy of a first-half strike from Kai Havertz.

Guardiola has faced criticism in the aftermath of the result for his decision to start the game without Fernandinho or Rodri in a holding midfield role, but Walker has now jumped to the defence of his manager.

“Listen, people can talk. I’ve seen a few things or my mates have text me about tactics, personnel, this, that and the other,” the City full-back told The Daily Mail.

“It’s a game of football, it’s 95 minutes and anything can happen. Obviously, we wanted the result to go our way but the manager, or whoever, he picks who he feels can go and get the result and what’s best for the club.

Walker went on to admit that the City players could feel the game slipping away from them as the Blues successfully executed Thomas Tuchel’s high-pressing game plan.

“I think it’s a little bit unfair sometimes when as soon as Manchester City don’t win then it’s tactics or maybe players on the pitch, but we needed to do more and it’s as simple as that,” he added.

“I don’t think we created enough in the game and I don’t think I’m speaking out of turn by saying that, I think everyone could tell on the pitch.”

Guardiola was able to deliver an impressive Premier League and Carabao Cup double last season, taking his overall tally of trophies at the Etihad Stadium to 10 since his arrival in 2016.

Walker acknowledges the fact that winning three top-flight crowns out of the last four is an impressive achievement, but he does not feel City can claim to be a great team until they conquer Europe.

“Yeah, okay, we can go and win the Premier League and I think we’re so fortunate to win three in four years, but we do need a Champions League as a club because I hear a lot of people saying it’s probably one of the greatest Premier League teams ever.

“Okay, yeah, that’s great, fantastic for me to even be involved in a team like that, but to be classed as one of the best teams ever I think you need the Champions League and that’s something that we are missing.”

What should I know about the delta variant?

Is She The Most Beautiful Female Footballer Of All Time? Check...