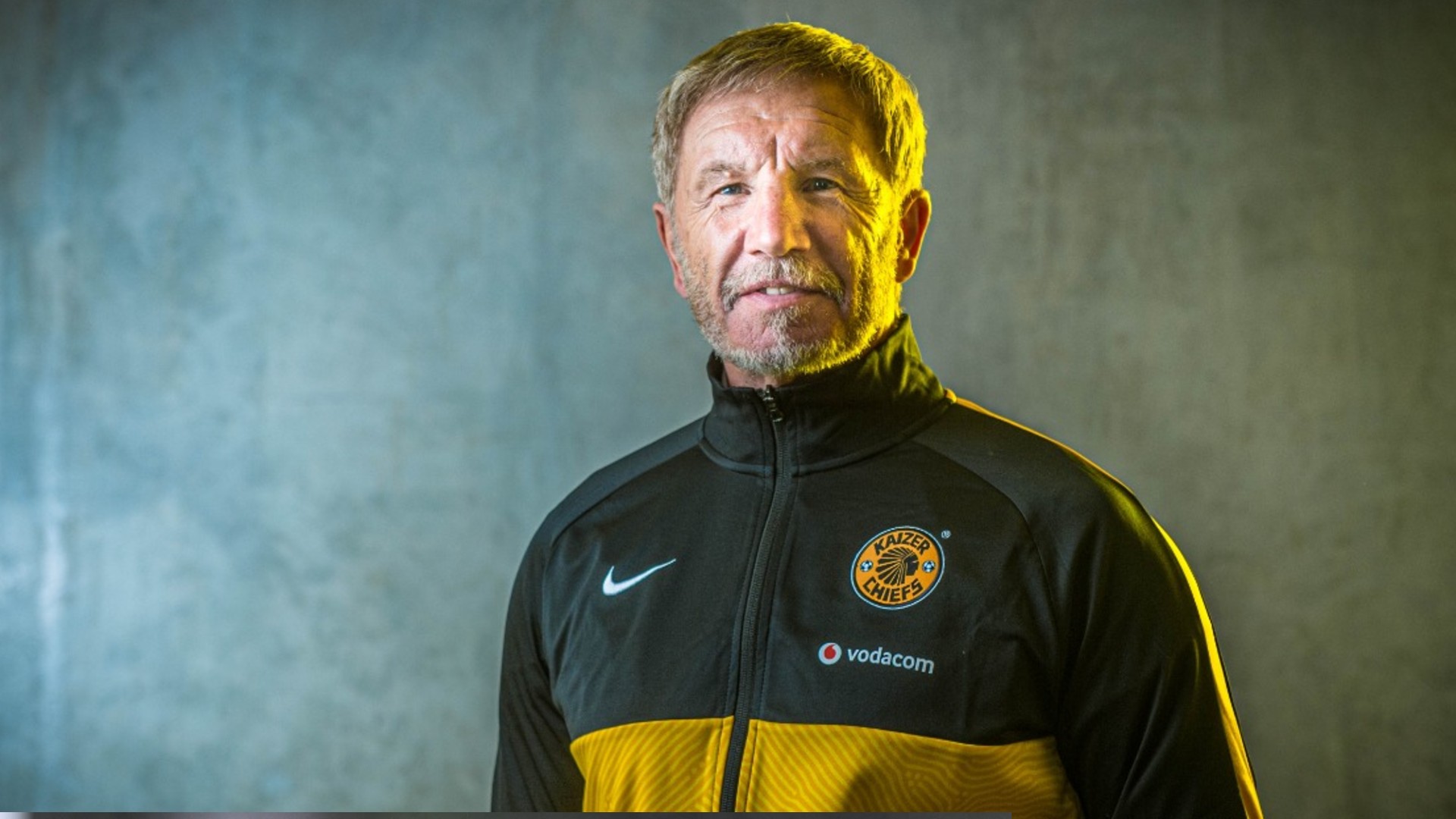 The accomplished coach is back at Amakhosi as a replacement for Gavin Hunt, who was dismissed last month due to a poor run of results in the PSL

Former Kaizer Chiefs midfielder Junior Khanye is unimpressed by the reappointment of Stuart Baxter as the club’s head coach.

The English tactician agreed to a two-year contract plus a two-year option as the coach of Amakhosi’s first team on Wednesday.

Baxter is back at the Naturena-based giants having coached the team between 2012 and 2015.

Khanye questioned Baxter’s coaching abilities and stated that the 67-year-old tactician relied on experienced players to win matches for him.

“Yes, I have seen the news. I am not excited. Yes, Baxter won two PSL titles [with Chiefs], but I am not impressed,” Khanye told iDiski TV.

“Which players were there? there was Siphiwe Tshabalala, the guy who scored the opening goal of the Fifa 2010 World Cup.

“Players who could change the game in your favour. There was [Reneilwe] Letsholonyane, [Erick] Mathoho still had energy. Tefu Mashamaite was their top scorer. [Bernard] Parker was at his best.”

Chiefs were described as a long-ball team under Baxter with Mathoho and Mashamaite being a threat offensively from set-pieces.

“So, there were players who could make things happen. His philosophy was not good. They were playing at the same speed [all the time]. Playing diagonal balls and he is the one who hurt Chiefs,” Khanye continued.

“When Baxter took over [at Chiefs] he went for the old players – the most experienced players. They won by themselves.

“Typically English coaching philosophy, [the team] played with crosses, balls in the air, same speed and no game management.”

Letsholonyane, Parker and Tshabalala were key ball-playing players in Baxter’s side which won four major trophies including two PSL titles.

“You can check players like Yeye [Letsholonyane] and Parker, who moved the ball around. Siphiwe and Parker took the game into their own hands. They made things easy for him,” Khanye added.

“If you looked at the Chiefs’ starting 11 players, eight or nine of them were in the Bafana Bafana starting line-up. They took full responsibility [on the pitch]. So, Baxter is not the solution for Chiefs.”

Baxter remains the last coach to win a major trophy with Chiefs when he guided the Soweto giants to the PSL title in the 2014/15 season.

Want a free Chicago haircut? Get a COVID vaccine

Nets rally past Bucks in Game 5 on Kevin Durant’s historic...