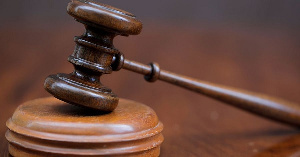 Mr. James Nunu, the Vice President, Chief Executive Officer, and the Acting Board Chairman of the Ghana Rugby Association, has denied that he has received an injunction from the High Court of Ghana.

He was responding to a question posed to him by Rainbow Radio’s Wallace Worlanyo on whether he has been served with an injunction by the Ghana Rugby Association.

Mr. James, in response, stated that injunctions are not served by association but by the court.

“Ghana Rugby Union can’t serve me injunction. It is the court that can serve me an injunction. As I speak, I have not received any injunction,” he said.

“Let me put it on record. I went to the last hearing because the judge has information on the fact that I have received personal service from the court,” he said.

Mr. James Nunu also stated that the judge adjourned the case to 19th July 2021, and the bailiff has to be supine.

He added that he would be going to the court on 19th July with his wife because the lawyer of Herbert Mensah insisted that “he served me, and my wife in my house.”