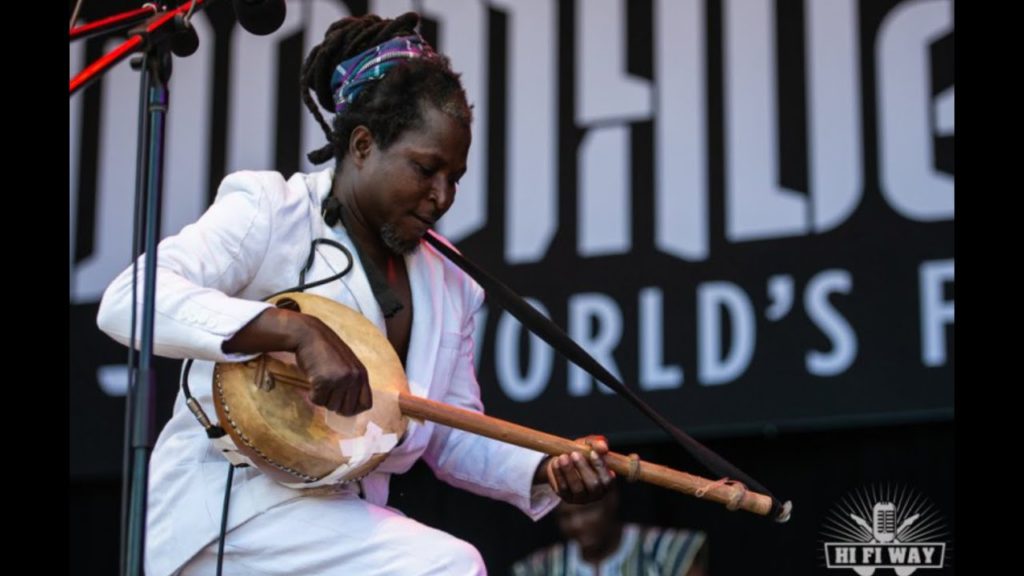 Many musicians in Ghana aren’t invited to play shows abroad due to the fact that they do not have a music band to play if they are given an international gig, says traditional musician King Ayisoba.

Speaking in an interview on Adom TV’s Ahosepe Xtra show over the weekend, King Ayisoba said musicians should make it a core duty to have a solid live band team because “that is what the white people want.”

Talking further on winning international gigs, Ayisoba said artistes who stay true to their roots with a unique genre always have a higher stake than people who love to perform solo.

Born as Albert Apoozore, the award-winning kologo-stringing musician has played many international shows and speaking on the Ahosepe Show urged musicians to do more live band and not “computer music”.

The rap and computer music will hit but they will not be invited to festivals… when Azonto came, I was in UK and some people mentioned it especially One Corner but the problem is that many don’t have live bands to follow up if they get gigs.

When the song gets there and you say they should play your CD, they don’t really like that during their festivals. You require a live band. If Ghana’s music will change, many musicians need a live band… I played ‘I Want to See My Father’ many times because I was playing the show live [SIC], he said.

See also  A story about the true origin of highlife music

Check out the video below: