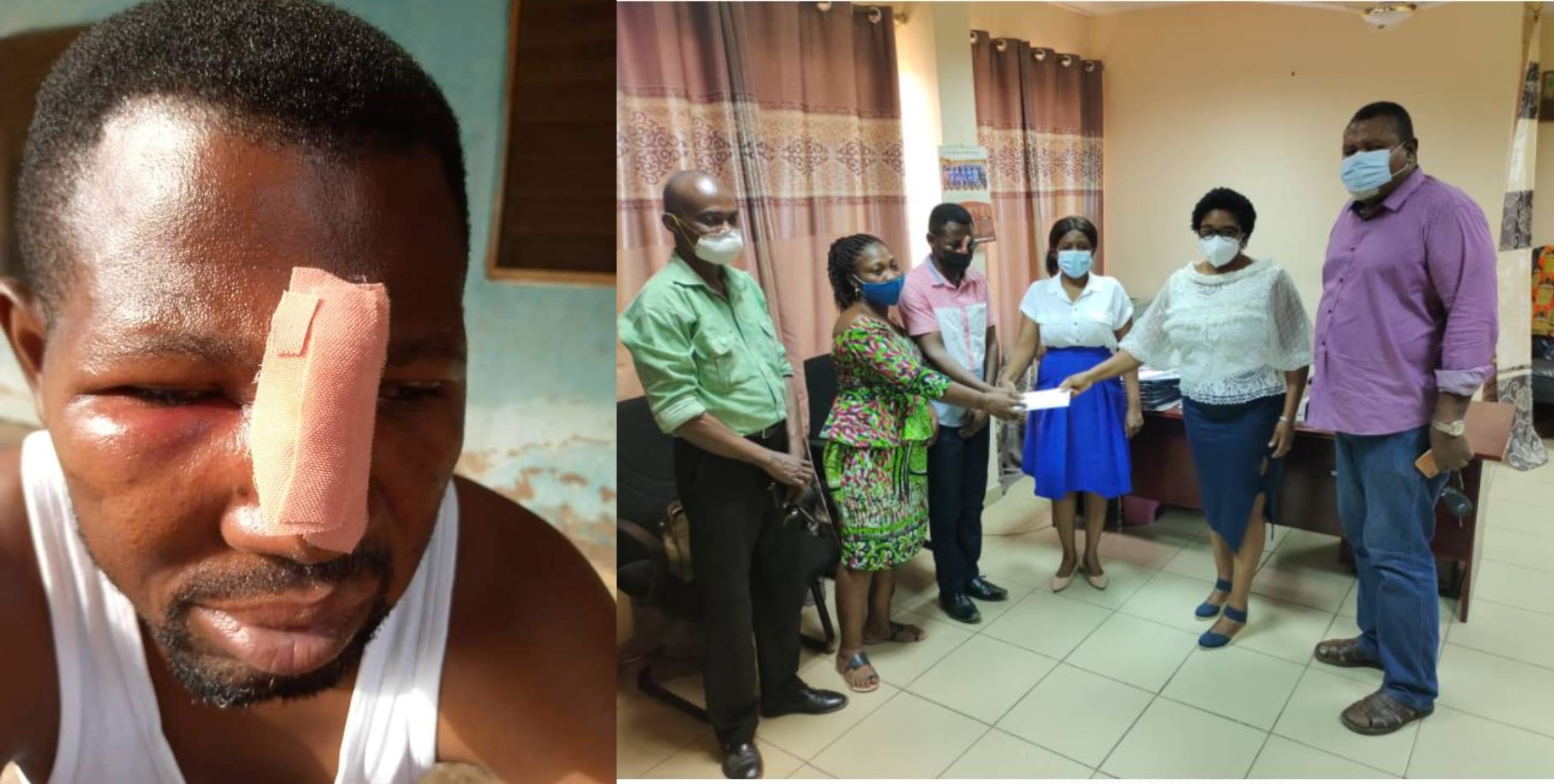 The MP, on Tuesday 23rd February held a meeting with the Regional and Municipal Directors of Education, the Police, a representative from the Traditional Council , PTA Chairman and teachers of KroMA 2 schools where the incident happened regarding the way forward.

Hon Agnes Naa Momo Lartey together with Police met with other teachers of the schools and stakeholders in the educational sector and assured them of their safety in and out of the school premises.

Then, on Wednesday 24th February, she met with the assaulted teacher at the premises of the Municipal Education Directorate to check on his condition.

She held further discussions with the Municipal Director of Education that centered on ways to avert any such occurrences in the future via enhanced security at the schools and other strategies.

READ ALSO: Rapists to be sentenced to death now in Nigeria’s Jigawa State if victims get HIV/AIDS

The lawmaker donated an undisclosed amount of money to Moses Onyameasem, the assaulted teacher to cater for the initial cost of his medical treatment and promised to be in touch till he has fully recovered.

The move by the MP is consistent with her manifesto pledge of motivating teachers to enhance the quality of teaching and learning within her constituency.

She also assured of maximum support from her office in ensuring justice and the safety of teachers and students. This she believes will create a conducive environment for teaching and learning to thrive.

Pulse.com.gh earlier reported that Moses Onyameasem who teaches at Kroma 2 JHS suffered a bloody assault at the hands of a student of the school and his gang.

The final year student together with his gang attacked the teacher for punishing him over his failure to do his homework.

After being punished, the student ran home and mobilised his gang in a Sprinter Bus, and stormed the school to attack the teacher.

They beat up him severely, leaving the teacher with a facial wound.

Moses Onyameasem was rescued by his colleagues and rushed to the LEKMA Hospital where his wounds were stitched and later discharged.

The development has led to the closure of the school and some other schools in the area until further notice.

The victim later told Pulse.com.gh that he is still in pain and will go back to the hospital for a review.

He confirmed that Hon Agnes Naa Momo Lartey has indeed met with him and footed his initial hospital bills.

Wow! Listen to what Pastor Chris Okafor has to say about...

We signed a $13 million contract without Attorney-General’s advice – Ministry...