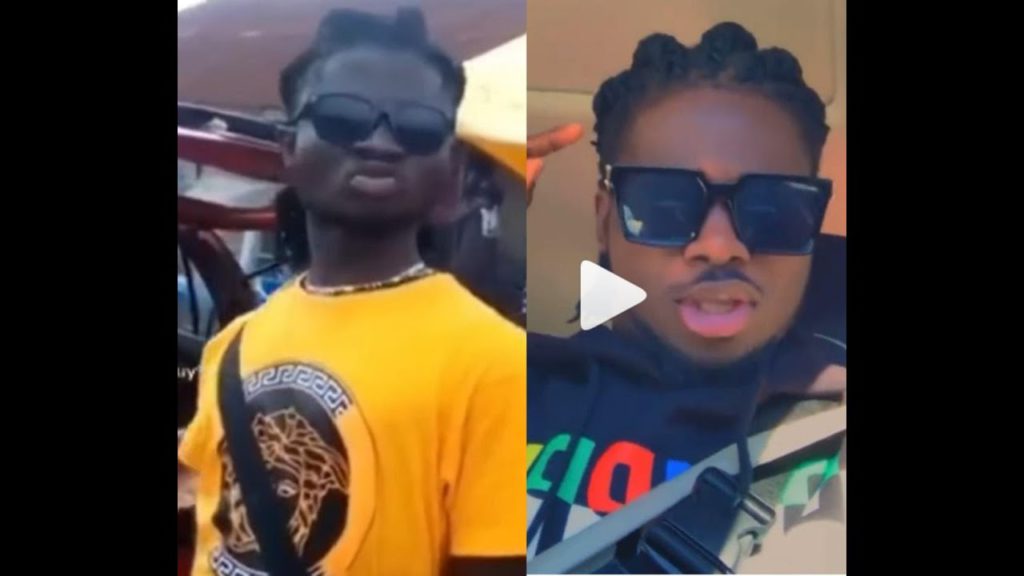 Social media users are hardly getting over a video of a young man who looks so much like Ghanaian singer Kuami Eugene.

On first sight, its easy to think its the Lynx Entertainment music star but the hairstyle of the young man sells him out as Kuami Eugene is no longer having a such hair.

Most social media users who saw the video reacted by referring to him as Kuami Eugene.

In the video, Kuami Eugene’s doppelganger, who many say hails from Techiman was busy chewing his roasted corn, looking unperturbed by the cameraman/woman that was videoing him.

Meanwhile, according to another user, Kuami Eugene’s lookalike is a barber in Techiman, in the Bono East Region of Ghana.

Check out the video below:

Why do most curvy girls work in parliament? – Guru asks

Why was the nurse not wearing gloves