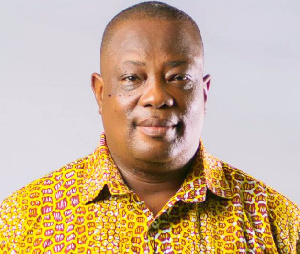 He described award schemes as a reward for hard work and excellence but, “I don’t think award schemes in Ghana recognize excellence, they are just popularity awards. They are for those who made the most noise in the year under review.”

See also  Kwadwo Safo Jnr. flaunts cars at his mansion as wife surprises him on birthday

On his accord, award schemes for excellence should not involve public voting or review of an artiste’s streams.

Speaking to Rev Erskine on Y107.9FM’s LeaderBoard Series, Zapp Mallet noted that just as fighting the coronavirus pandemic has been left to experts, so should award schemes celebrating music excellence.

“If we want our music to remain at a high level, we should leave award schemes for experts to handle because the public can go in for just anything if they are allowed to decide,” he noted.

Comparing local music awards to the BET and Grammy which are coveted by most Ghanaian musicians, the sound engineer asked, “Are the BET, Grammy, and American Music Awards decided by votes? But our story is a different one.”

Zapp Mallet who sees nothing wrong with awards schemes in Ghana however believes they should be named for what they are. “If it is not an excellence award, the name should make it clear.”

Award schemes in Ghana always end with lots of controversies as some musicians claim they deserve awards over the winners. Rather than relying largely on the public to decide on these schemes, industry experts have encouraged boards to decide who wins what.

He Doesn’t Have The Appeal Beyond This Borders- Kwadwo Sheldon Spits...

‘Not Everything I Do In Life Will Please Everybody’

“I’m Going To Learn All Of Kwesi Arthur’s Verse On Sore...