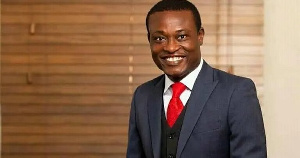 Ghanaian politician and former Deputy Information Minister under the National Democratic Congress in the John Dramani Mahama administration, Felix Kwakye Ofosu has asked Ghanaians not to be too hopeful in Special Prosecutor nominee Kissi Agyebeng.

Contrary to the assurance given by Kissi Agyebeng that he would guard his independence jealously from the President, Attorney General, family and friends, Mr. Kwakye Ofosu thinks otherwise.

Special Prosecutor nominee Kissi Agyebeng has assured Ghanaians he would not be influenced by family, friends, appointees of government, or any other person related or not related to him.

He was responding to questions before the Vetting Committee of Parliament.

He said he would guard his independence from friends and family, the Attorney General, and the president.

“Honourable Chair, if given the nod, I shall guard my independence jealously,” Kissi Agyebeng, Special Prosecutor Nominee said.

According to him, it would be self-destruction if he is unable to guard his independence.

He referenced Act 959 in saying that if he goes beyond that, he would be on his own predilection.

Lawyer Agyebeng said the act expresses his independence in so many words, and that should be enough.

But Felix Kwakye Ofosu says he is not hopeful because if President Akufo-Addo could remove Mr. Daniel Yao Domelevo as Auditor-General for probing his corrupt appointees, then there is nothing the new SP could do.

To him, Ghanaians should not jump over themselves in celebrating because Kissi Agyebeng can be influenced.

He said if the President could also interfere in the work of the former SP, a situation which forced Martin Amidu to resign then we have nothing to celebrate over the appointment of Kissi Agyebeng.

“We have all watched a man remove an Auditor-General for daring to take the fight against corruption to the doorstep of his Senior Minister and interfere in the work of a Special Prosecutor prompting his resignation and we jump over ourselves to celebrate the appointment of someone we know is close to influential regime actors as the new Special Prosecutor?”

Trade Ministry asked to intervene in hike of freight duties

BoG’s response to Duffuor and Amoabeng’s petition disrespectful to parliament –...