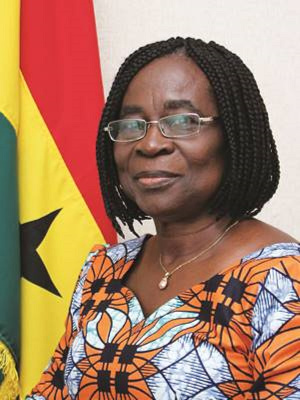 Discussions in the media this week has been dominated by recommendations from the Yaa Ntiamoa-Baidu Committee that dealt with the emoluments for article 71 officeholders.

Paramount has been the recommendations made on allowances paid to spouses of the President and the Vice President of the country.

The Committee expressed concerns about the abysmally low salaries of public service workers compared with those of Article 71 Officeholders.

The Yaa Ntiamoa-Baidu Committee grappled with this very important issue of the huge gap in pay and other conditions of service that exist between Article 71 Officeholders and the rest of the public sector. Of particular interest to the Committee was the pay and conditions of service difference between Article 71 and public service workers on the Single Spine Salary Structure (SSSS).

Although previous Committees have drawn attention to this gap, the Yaa Ntiamoa-Baidu went further by providing a detailed Comparative Analysis of pay in the Public Sector.

The Committee acknowledged that although the article 71 officeholders are not the highest-paid public sector worker because some Chief Executive Officers of some State Agencies take more monies than even the President, the egregious disparities that needed urgent attention.

In the opinion of the Yaa Ntiamoa-Baidu Committee, the solution to the huge disparities in pay and conditions of service in the Ghanaian public sector does not lie necessarily in reducing the pay of any particular group of workers. The solution lies in doing whatever it takes to bring up the rest of the public sector on the pay ladder.

The Committee urged government to “spare no efforts to reduce the gaping gap between the highest and lowest salaries” in the public sector (page 44 of Committee’s report). To this end, the Committee, recommended that annual pay increases for Article 71 officeholders be moderated and should never exceed what the government of the day grants to public sector workers. The idea is that pending a major overhaul of the public sector remuneration regime that significantly improves pay for majority of workers, annual adjustments should be done such that the existing unacceptable disparities are not aggravated.

Below is the Committee’s recommendation:

PCE/2020-Rec.05: The percentage increases granted to Article 71 Office Holders in any particular year should not exceed what is granted to Public Servants.

As a matter for the records, the Yaa Ntiamoa-Baidu Committee had the full support of the Presidency on the issue of bridging or at least not aggravating the gap between Article 71 and other workers in the public service. In consultations with the Executive, the Committee was “entreated to work the numbers in a manner that will bridge the gap between Article 71 Office Holders and the rest of the public sector” – see page 15 of the Committee’s report.

Achieving this objective of bridging the gap or at least maintaining the existing gap – however unacceptable it is – has remained a pipedream. The comparative analysis in Chapter 5 shows that the gap is widening, and this is because, more often than not, the careful and systematic recommendations of Presidential Committees on Emoluments of Article 71 Office Holders designed to bridge the gap is jettisoned by the approving authorities. People familiar with the process know that Parliament and Parliamentarians have always been the spoilers.

The Yaa Ntiamoa-Baidu Committee report sums this up beautifully in the concluding paragraph of the Executive summary of its report, … “while acknowledging and appreciating the ongoing laudable efforts of the Government to create jobs and reduce unemployment, the Committee strongly urges the Government to also spare no efforts at reducing the wide gap between the highest and the lowest paid Public Servant in the country. This can be achieved by implementing a road-map (as was done during the tenure of former President Kufuor for the health and education tertiary sectors) for enhancing the salaries of public sector workers on the Single Spine Salary Structure (SSSS). The goal must be that the salary earned by every worker should enable him/her to live in dignity. As you consider emoluments of the President, Ministers and MPs, do not forget the teachers, nurses and the farmers, without whom our education and health will be compromised, and the nation will starve”.