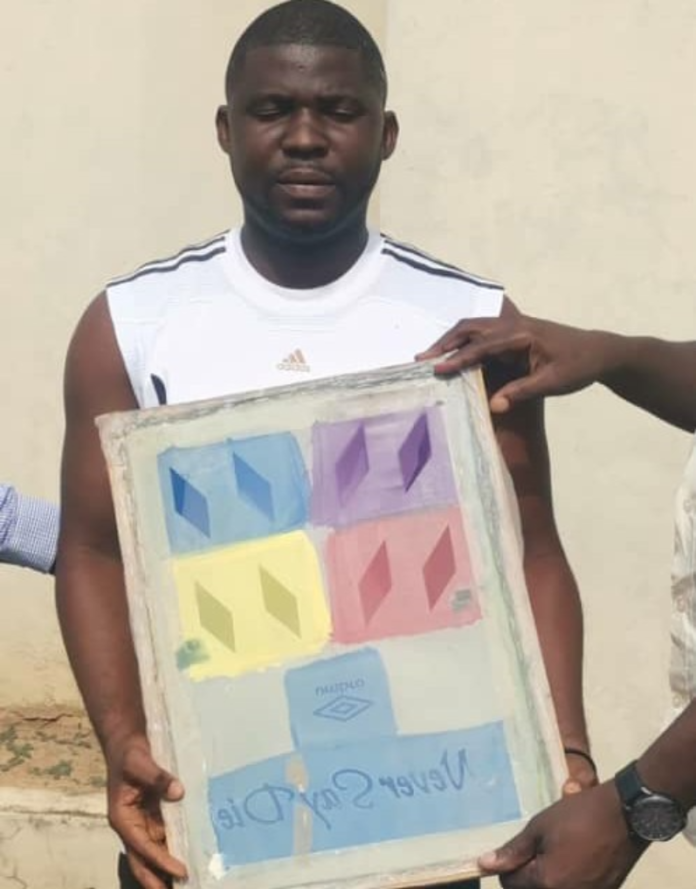 Accra Hearts of Oak have announced that they have arrested a man who was illegally involved in the printing of victory shirts for sale and using the club’s logo.

Samuel Boadu steered the Phobians to end their 12 years trophy drought after their 1-1 drawn game against Liberty Professionals over the weekend with a game to end the 2020/21 Ghana Premier League season.

Following the win, the club announced that their victory shirts are going for sale at the club’s secretariat at GHC40.00.

However, a man has been apprehended for trying to use the club logo to print the victory shirts.

The club, through a statement, has warned against the illegal use of the Hearts of Oak logo.

In a statement signed by the Communications Manager, Kwame Opare Addo, the club sent a strong warning to all individuals, group of persons and organisations that intend to use the club’s logo to seek permission from the club or face legal actions.

The statement further reminded all those that have used and are using the club’s logo and colours for their selfish gain to desist or face legal action.

Hearts of Oak meanwhile will end their season with an away game against WAFA at the Red Bull Arena at Sogakope on Sunday.

The Phobians will represent the country in the 2021/22 Caf Champions League next season.