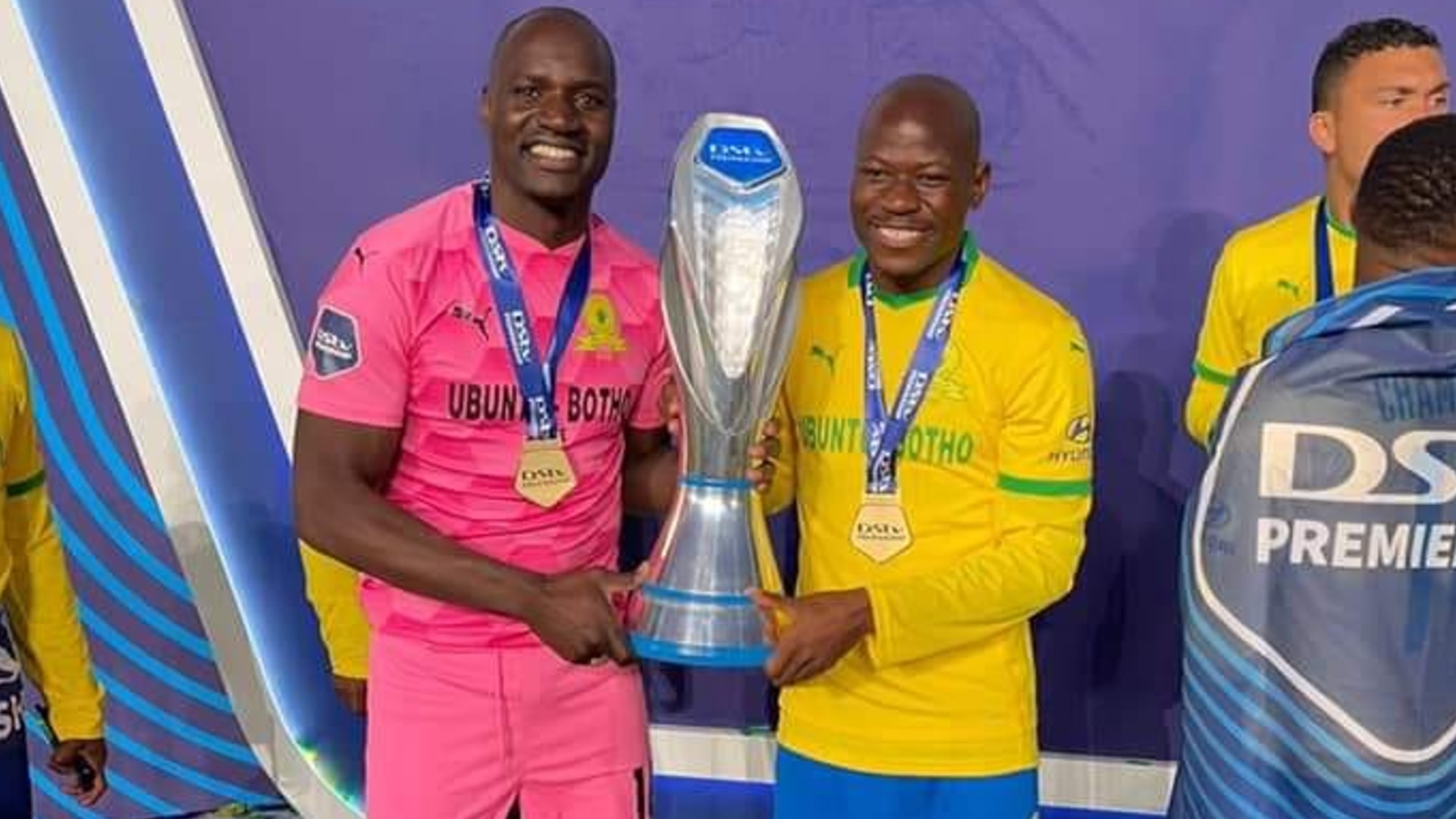 Uganda legend Denis Onyango believes it will not be easy for any foreigner to match his PSL titles.

The 36-year-old has so far won eight league titles; he managed to get three at SuperSport United before winning five at Mamelodi Sundowns. The veteran goalkeeper has set his sights on winning more before hanging his gloves.

“When I retire, it will remain that Denis [Onyango] is one of the most decorated foreigners with eight league titles,” the former Cranes custodian said, as reported in the Citizen.

“No one is going to come from outside and win eight league titles because sometimes they play for two or three seasons then they go. But it is up to them, whoever comes must take me on because I want to reach 10 titles

“I need to keep going, I have never heard anyone saying my medals are enough and that’s what drives me.”

Onyango has also expressed his feelings on sharing the record with his captain Hlompho Kekana.

“It is amazing to win my eighth league title and share that record with Kekana,” Onyango continued.

“I saw him coming from Limpopo where he played for Black Leopards and I saw the way he was, he was an aspiring youngster and he became one of the biggest captains in Sundowns. These are the things that drive us because we are here to win.

“Daine Klate was the one with the most titles and we managed to beat that, we got to seven, now to eight and we want to make it 10 with Kekana.

“We are privileged that we are playing at Sundowns and the target is to always win the league. It is not going to be easy to find a youngster who wins nine or 10 league titles because sometimes youngsters get to two or three league titles and they stop.”

The custodian has played in the PSL for 15 years since joining from St. George of Ethiopia. In South Africa, he has played for Mpumalanga Black Aces, SuperSport, Bidvest Wits, and Sundowns.

The legendary goalkeeper quit the Ugandan national team this year after failing to help them qualify for the Africa Cup of Nations.