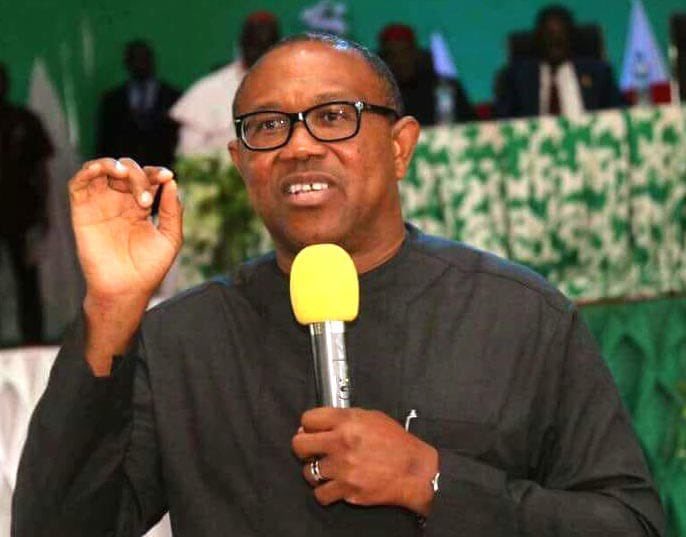 Obi said the party was prepared to form a government that would build a greater Nigeria and move the nation’s economy from consumption to production.

The LP presidential candidate said that his government if elected, would create jobs for unemployed youths and fight corruption.

“Myself and Datti Baba-Ahmed are wealth creators not wealth sharers. We will secure and unite Nigeria.

“We will ensure there is no strike in our universities.

“We will create enabling society. We will turn the vast arable land into agricultural land to feed Nigerians.

“We will turn Lagos to the financial centre of Africa,” he said.

Obi appreciated Adebanjo and Afenifere, the Pan Yoruba Socio-Cultural group, for their unflinching support as well as their strong commitment to equity and justice.

He said that the presidency is for Nigeria and not some sections of the country, saying that he stood for equity and justice.

The Afenifere leader, who recalled the pre and post-independence celebration and agitations, said the clamour for restructuring was aimed at returning the country to true federalism.

Adebanjo said that he had no hatred for the APC Presidential candidate, Bola Tinubu, as being rumoured, saying he stood by him throughout his eight years as Lagos State governor.

He said that all he was clamouring for is equity and justice, saying tribes in the country deserved equal opportunities.

“When we brought Chief M.K.O Abiola and his election was annulled, they brought Chief Olusegun Obasanjo. We agreed that the presidency would be rotational.

“Obasanjo handed over to Umar Yar’Adua and from him to Goodluck Jonathan. Later Buhari became the president,’’ Adebanjo said.

He urged the people to vote for Obi, saying it was time of the Igbos.

The LP National Chairman, Mr Julius Abure, thanked the people of South-West for their usual support and pacesetting status always.

He said that the country was going through numerous challenges, saying that Obi was the only presidential candidate that had answers to change Nigeria.

Akinwale and Mr Atayese Sodiq, the State LP Chairman in their separate remarks, called on the people of the state to vote for the party’s candidates at all levels

Adebanjo presented Obi to the people by raising his hands at the event attended by Dr Doyin Okupe and other prominent Nigerians.

GOOD NEWS: Ghana without injury ahead of Portugal clash in 2022 World Cup

Thanksgiving 2022: What it means for Nigerians

I feel sorry for next Cross River governor, ex-Gov. Duke