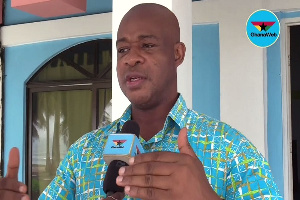 Security and safety expert, Adam Bonaa, says that the police are powerless when it comes to enforcing the law against politicians.

His comments come at the back of the calls on the police to investigate and deal with organizers of Sir John’s funeral as well as persons who flouted the COVID-19 protocols during the event.

According to the security expert, the police has been made less powerful by virtue of the fact that the constitution of Ghana puts the appointment of their head in the hands of the President.

“You cannot blame the police for what happened in the Ashanti region. I mean if you have a police whose head is appointed by the president what can you do? The DCE in that community is more powerful than the District Police Commander. If these MCEs and DCEs are appointees of the president, you tell me how the police can tell them to adhere to the strict COVID protocols? I have seen GMA say they should arrest them who are they going to arrest. The police will arrest me and you because we don’t have power but the police will not go and arrest a politician because they are afraid”.

He admonished that we strengthen our security institutions by doing away with the 1992 constitution while drafting a new constitution that will be “consistent with today”.

The Ghana Medical Association (GMA) has expressed disappointment about the total disregard for COVlD-19 protocols during the final funeral rites of the former Chief Executive officer of the Forestry Commission of Ghana. Lawyer Kwadwo Owusu Afriyie aka Sir John.

The GMA in a press statement jointly signed by its President, Dr Frank Ankobea and Dr Justice Yankson, General Secretary of the Association, said the mass gathering of people with complete disregard for physical distancing and limited use of face masks was unacceptable.