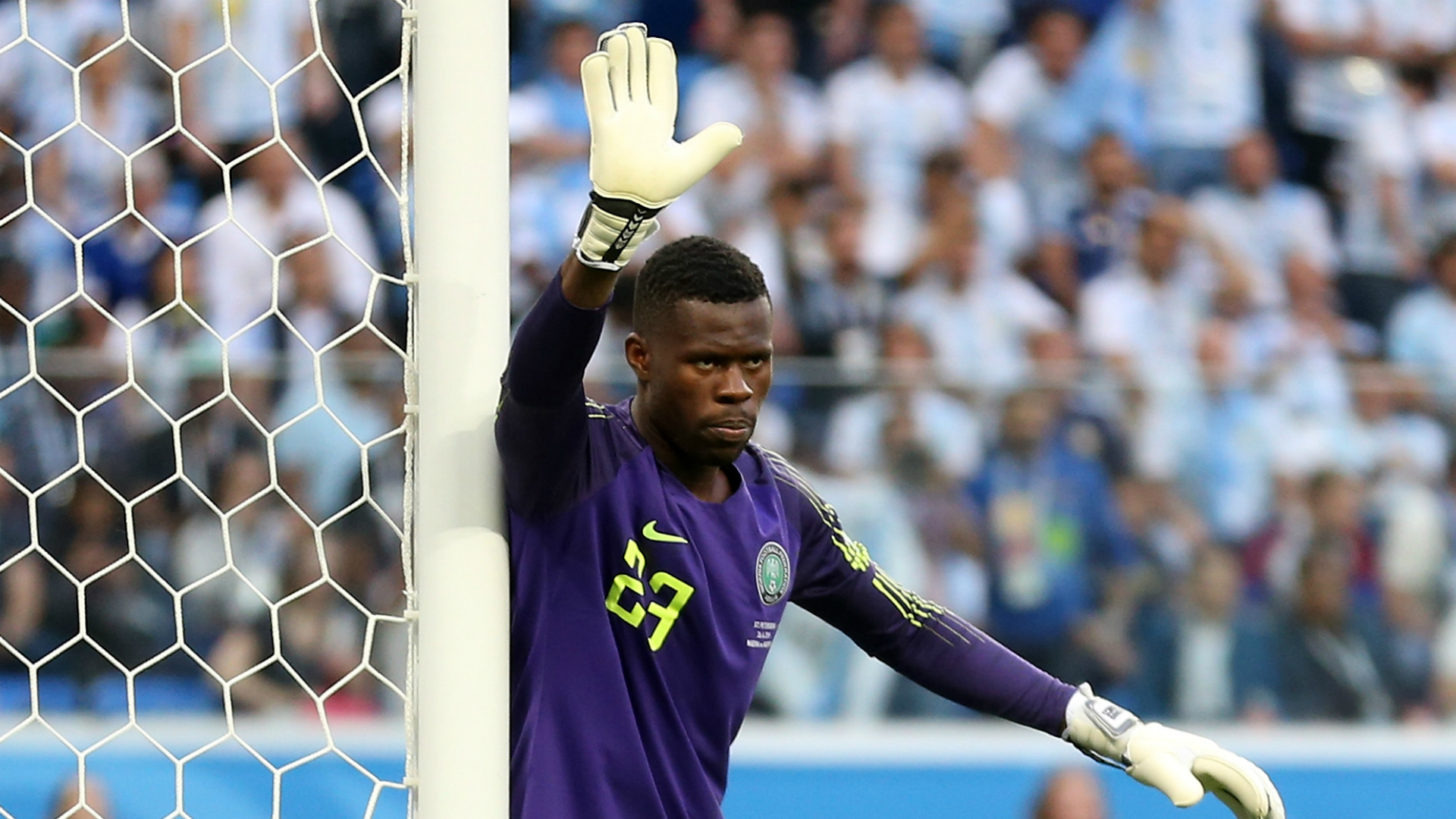 On Monday evening, the Super Eagles handler had told the media that the Apoel FC star would man the goalpost instead of Sparta Rotterdam’s Maduka Okoye.

“Observations are positive because some of the players who arrived from Nigeria were not so fit for the first game. They have now recovered well, and we should be better physically,” Rohr had said.

“There will be some changes in the team, Francis Uzoho will be in goal, [Ahmed] Musa will start because he is fit, we lost Troost-Ekong so Valentine [Ozornwafor] will come in for the first time.”

However, that was not the case as Okoye saw every minute of action in the encounter that ended 0-0 against the Indomitable Lions.

Explaining why the towering stopper was not dressed against the 2021 Africa Cup of Nations hosts as planned, the German claimed a late fitness test ruled him out alongside Slavia Prague’s Peter Olayinka.

“He [Uzoho] came this morning with a painful leg and he told me ‘coach, I cannot make it’,” Rohr said on Super Eagles’ Instagram.

“Like [Peter] Olayinka too, he was injured during yesterday’s training. Although it was not a big injury, I didn’t want to take any risk, neither did I want any player to go back home or their clubs injured.”

With the two friendlies over, the 67-year-old is counting his blessings despite the absence of key players for the five-time African kings.

“The players are really very motivated. What I can say is that I don’t have 30 players, but I now have 45 players now,” he continued.

“From the first team I made, 16 players couldn’t make it. We found twelve players to come in at the last moment from Hungary and from the Czech Republic, So, We have some boys who are really proud to be with us.”

Before taking on Cape Verde and Liberia in September’s 2022 World Cup qualifiers, the West Africans are billed to take on Mexico at Los Angeles Memorial Coliseum on July 3.

The last meeting between the two countries was in a friendly match en route to the 2014 Fifa World Cup in Brazil.

‘What a player!’ – Dazzling De Bruyne inspires Belgium to comeback victory over Denmark

‘What a player Kalvin Phillips’ – Ozil & Ballack impressed by...

Neymar closing in on Sunil Chhetri, Pele after Venezuela goal