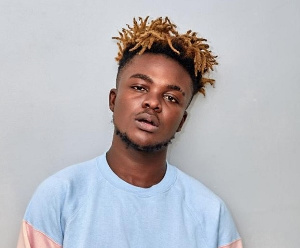 According to “Amanfuor Girls” crooner, he takes so much inspiration from the dancehall king.

Appearing on Kingdom Plus 101.9FM, he said Shatta Wale’s performance on stage is mind-blowing and he wishes he can perform like him.

He noted that Shatta Wales style of performance is unique among his peers.

He indicated Shatta Wale is one of the best performers Ghana has ever had.

All stakeholders must respect each other – Arnold Asamoah schools Shatta...

All The Red Carpet Looks And Full List Of Winners