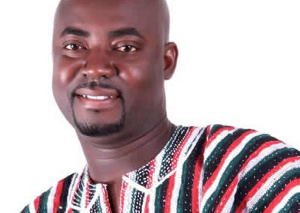 Former Member of Parliament (MP) for Mion Constituency, Abdul Mohammed Aziz has described the activities of the NPP government during the final funeral rites of Kwadwo Owusu Afriyie, also known as Sir John, as a clear sign of lawlessness in the country.

Aziz said the funeral which was attended by thousands of mourners including President Akufo-Addo, his vice: Dr. Mahamadu Bawumia, other high government officials, and supporters of the New Patriotic Party was against the imposition of restrictions Act 2020(Act 1012) which seeks to prohibit mass gathering in the wake of the pandemic.

Reacting to the funeral that has drawn harsh criticism from civil society organizations and the Ghana Medical Association (GMA) on the Morning Update on TV XYZ, Mr. Aziz predicted that the recklessness will increase the COVID-19 cases soon.

To him, those that organized the lavish funeral must be made to face the law, stressing that no one in Ghana is above the law.

Mr. Aziz cited some instances where people have been made to face the law for breaching the COVID-19 Protocols.

Notable among them is the investigation of some members of the Christ Embassy who led church members to their “Pneumatic Night’ programme where thousands massed up at a single event.

“The President said, people should not exceed 25 for a private burial but what we saw at the funeral was an unacceptable and reckless attitude of those in the helm of affairs because the government cannot be discriminatory in imposing the rules on Covid-19 governing the attitude of all and sundry,” he lamented.

“The political class is not above the law and we are expecting the ordinary Ghanaian to abide by the same laws of which you the high ranks are flouting,” he added.

“The Politicians will go abroad for medical treatment in case they are infected with the virus at the expense of the ordinary Ghanaian why then do they expose us to this danger?”

“We shouldn’t display the animal kingdom attitude in this country,” Mr. Aziz further added as he cautioned the police to act in accordance with the law and arrest those who flouted the Covid 19 protocols during the funeral.

Sir John passed away at the intensive care unit at Korle Bu Teaching Hospital on Wednesday, July 1, 2020, after reportedly testing positive for COVID-19

The late Sir John was laid to rest in home town at Sakra Wonoo in the Ashanti region on Thursday, June 3, 2021.

I wanted to enter the Army to stage a coup against...