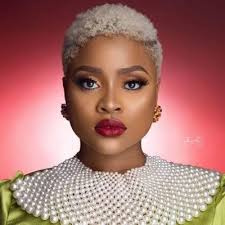 Multiple award-winning singer and songwriter, Adina, has encouraged people with fibroid not to be scared to go into surgery as it is not as bad as the public makes it seem.

Adina, who recently underwent successful surgery to remove fibroids and has now taken upon herself to create awareness about the disease and possibly raise funds to support victims, gave this assurance per her experience. This was during an interview with Mercy Bee the Ekumfi Princess on eTV Ghana’s Girl Vibes.

“A lot of people are afraid to do surgery because they don’t even understand how their body is going to react to it. Based on how your body is before you go into surgery, you might have it very bad or very good so they always advise that you’re eating well and basically preparing your body for what it is about to go through”, she said.

See also  Kobi Rana Goes For The Head Of Nkonkonsa, Reveals How He L!cks Other Women Despite Being Married

Adina urged that “Once you make sure that you’re healthy before you go in and you listen to what the doctors say, you will be fine. It’s not as crazy as society may make it seem or look like”.

According to her, there was never a time when she felt so much pain just lying in bed simply because she had had surgery because she had enough medication and thankfully, had a very fast recovery.

See also  I would have still won VGMA Dancehall Artiste of the Year if Shatta, Stonebwoy were part – Epixode

Adina has shared on her YouTube channel a video in which she shares her experience with fibroid. Her motive is to create awareness on fibroid and the need for every woman to understand the changes in their body before it is too late.

My Sales Has Increased Within The Last 6 Months- Sista Afia...