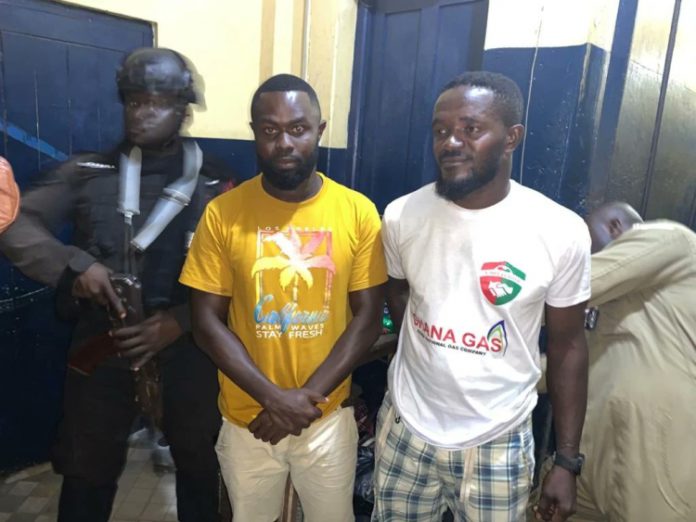 Two Karela United fans have been grabbed by the Ghana Police Service for allegedly attacking Medeama SC players during the FA Cup game at the Crossby Awuah Memorial (CAM) Park on Sunday.

The two men – David Yankey nicknamed Akpale, 32, and Jonathan Essien, 33, have been arrested by the Tarkwa Police following a swoop on Sunday night.

The hooligans will be sent to the Sekondi Regional Police Headquarters for further action.

In all, seven suspects are believed to have instigated and attacked players of the visiting team and damaged the team’s bus following Karela United’s 2-1 defeat to Medeama in the FA Cup Round of 32.

The remaining seven suspects – who are based at Tarkwa’s Akoon are on the run for engaging in the dastardly act at the CAM.

The Police are hot on the heels of five other suspects.

On their part, Karela United has started an investigation into the unfortunate incident which has overshadowed the side’s FA Cup match at Aiyinase.

Earlier, the Yellow and Mauves wrote to the Ghana Football Association to caution about the happenings at CAM.

A few days off are just what LeBron James needs

Ruben Dias on track to be one of Man City’s best...