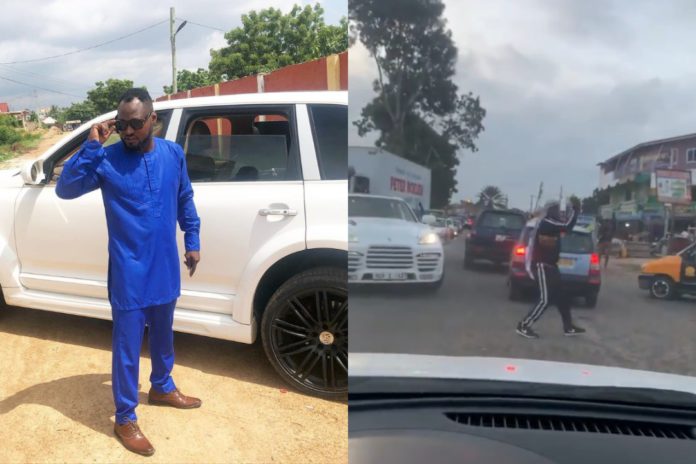 A video of comic actor, Funny Face directing traffic on a busy road in Accra has warmed the hearts of many Ghanaians.

In the video, the actor born Benson Nana Yaw Boateng was in a black-and-white tracksuit with a scarf on his head.

His act reportedly happened on a road believed to be the Odorkor-Kwashieman, at a time there was a heavy gridlock on the stretch.

In his quest to ensure law and order on the road, Funny Face parked his car to direct motorists on the stretch.

He carried out his duty effortlessly and with so much ease while the drivers on the stretch also complied with his directives.

Other motorists who were delighted with his service showered endless praises on him amid screams of Opete as he is affectionately called.

Funny Face who was beside himself with joy after the MTTD job took to his Instagram page to share the video with fans and followers which has attracted massive reactions.

Police on manhunt for killers of 34-year-old gym instructor