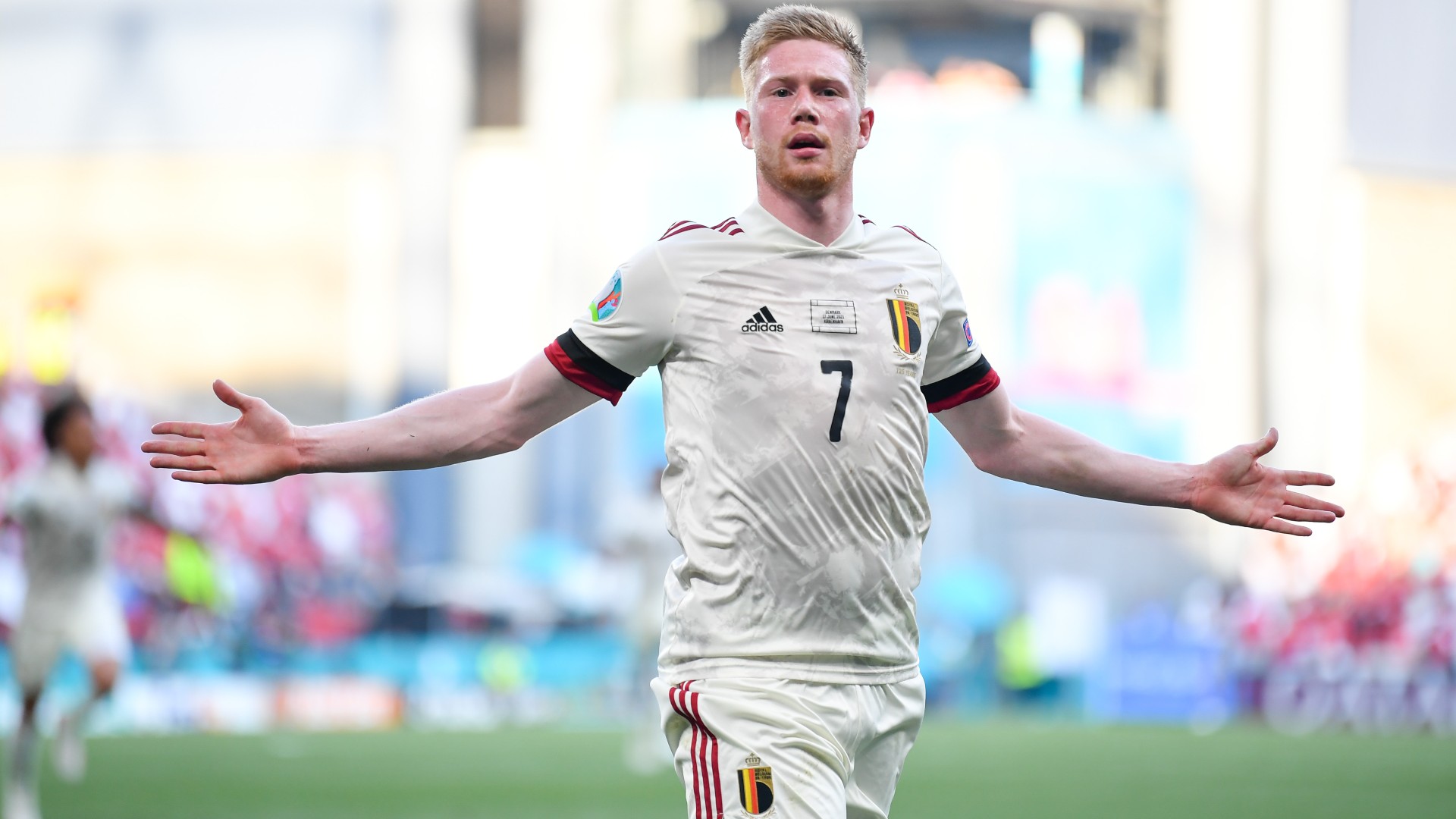 Kevin De Bruyne put on a dazzling display to inspire Belgium to a 2-1 comeback victory over Denmark on Thursday, earning plenty of praise on social media in the process.

Belgium came into their second Group B fixture fresh from a comfortable 3-0 win against Russia, but got off to the worst possible start at the Parken Stadium as Denmark took an early lead through Yussuf Poulsen.

The Red Devils were lucky not to concede again before the break, but emerged for the second period with a renewed sense of purpose following the introduction of De Bruyne, who has only just returned to action following a serious facial injury.

Within just 10 minutes of coming on, De Bruyne had provided the all-important assist for Thorgan Hazard to level the scores in Copenhagen.

The Manchester City star took a pass from Romelu Lukaku in his stride before calmly squaring the ball across goal to Hazard, who then had the simplest of tasks to stroke the ball past Kasper Schmeichel from close range.

8 – Kevin De Bruyne has made eight assists for Belgium in major tournaments (World Cup & Euros); since the 2014 World Cup, no European player has made more across the two competitions. Surgical. #BEL #EURO2020 pic.twitter.com/9JTxUzlxZ7

De Bruyne became the only player to have assisted a goal in each of the last two European Championships and World Cups in the process, but he wasn’t done there.

The 29-year-old put his name up in lights 20 minutes from time as he drove an unstoppable first-time shot into the net following great work from Romelu Lukaku down the rightwing.

Denmark responded by throwing men forward in numbers and pressed hard for an equaliser, with Martin Braithwaite going closest after seeing an acrobatic header hit the crossbar, but Belgium ultimately held out for the 2-1 win which takes them through to the round of 16.

De Bruyne has explained that he decided not to celebrate his winning goal out of respect for Christian Eriksen, who is still recovering in hospital after suffering cardiac arrest in Denmark’s opening game against Finland.

“[Belgium coach] Roberto Martinez got me into the game by asking me to create space. I scored,” the Belgium talisman told RTBF post-match.

“But I didn’t want to celebrate that goal. I have too much respect for the Danish fans.”

De Bruyne added on the Red Devils’ latest performance: “We can be happy. We knew that there would be difficult moments against Denmark and in front of this crowd, with everything that happened.”

Supporters and experts across the game have taken to Twitter to express their admiration towards De Bruyne, who will now likely play a prominent role in Martinez’s set-up for the remainder of the Red Devils’ Euros campaign.

The mercurial midfielder, who has now scored 23 goals in 82 games for his country, will hope to be handed his first start of the tournament when Belgium wrap up their Group B schedule against Finland on Monday.

De Bruyne is so complete now & enjoyable to watch. He scores, asissts quite regularly, plays beautiful through ball, has excellent passing range. What a player!

De Bruyne is the second most underrated player in the world after Messi.

i’m sorry but am i the only one who’s just speechless with how good Kevin De Bruyne actually is? like this kind of performance just after an injury is just unbelievable man.

Belting game in Copenhagen. Pure emotion, tension and drama. All Denmark in first half. De Bruyne changed it when he came on at HT. World class. It’s so much better in a nearly full stadium. Denmark fans were very, very loud. pic.twitter.com/4aTsHS1mEi