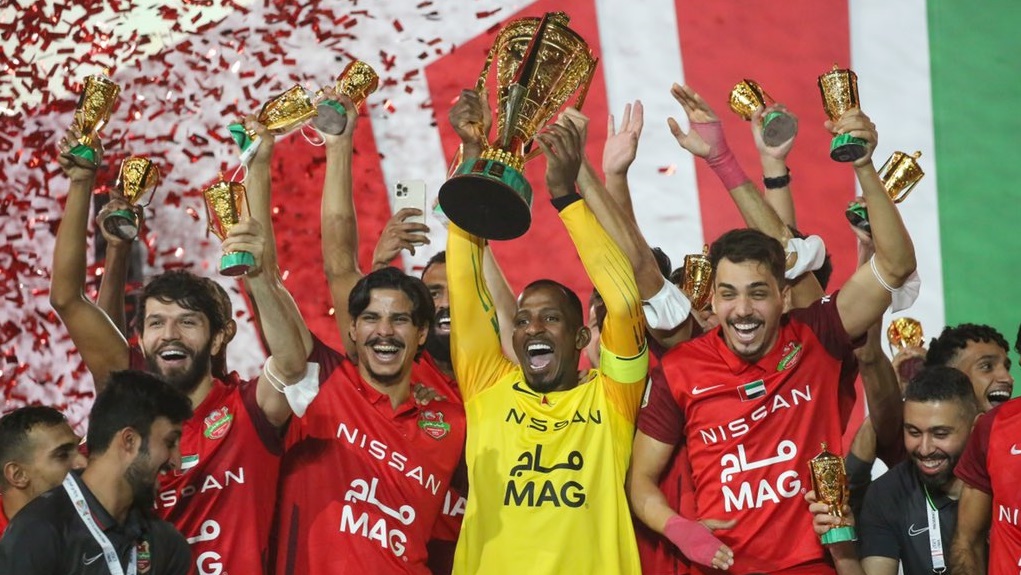 Shabab Al Ahli capped off a fantastic season with a win in the President’s Cup final and thereby, ended with three trophies since the appointment of Mahdi Ali in December 2020.

The Red Knights registered a 2-1 win over Al Nasr and are now unbeaten in their last 25 competitive matches.

“I’m very happy for the club, for the players, for the management. It is a result of all the hard work to get us to this point.

“We didn’t start very well in the league, but we ended in good shape and we won three trophies out of four. That’s very good for the club and for the players.

“Hard work, hard work and hard work; that is the secret behind this. There is nothing else. And the team spirit, from the players’ committee, the officials, the fans and all the staff. This is the main reason,” said Ali.

Under Ali’s tutelage, the club won the Super Cup in January followed by the Arabian Gulf Cup last month apart from the President’s Cup triumph. They also managed to finish third in the UAE Arabian Gulf League.

Since the time Ali took over the reins at Shabab Al Ahli, the club have suffered a mere three defeats in 31 matches. Interestingly, those defeats came in the AFC Champions League last month.

Shabab Al Ahli will certainly look to clinch the league next season after finishing seven points adrift of the league champions, Al Jazira.

“We have to review all our work for the past five months and see all the advantages, disadvantages, problems, weaknesses, strong points, and try to prepare for the next season from now,” Ali was quoted saying.

“The expectation for the club is always… it’s a big club, always you have to be at the top. So, we have to work hard, maybe harder than this season and prepare the team well to start in the beginning in good shape,” he mentioned.

Fan View: ‘Bailly is too aggressive and doesn’t calm down’ –...

How does it work? Points, transfers, captains and chips explained