Florida car insurance is one of the most expensive premiums in the United States. I’m not sure you know why but we will tell you.

Why is Florida car insurance so expensive? The average cost of automobile insurance has risen across the country, and Florida’s auto insurance prices are following suit. The state’s congested roadways, higher insurance requirements, high healthcare expenditures, high-risk drivers, uninsured drivers, and extreme weather threats all contribute to this trend.

In this article, we will share with you why Hialeah, Florida is among the cities in the United States with the most expensive auto insurance rates:

According to estimates, 79.8 million tourists visited Florida in 2022. It’s no wonder that the Sunshine States is the busiest state in the US, with ports, beaches, and world-class amusement parks.

These visits result in higher traffic congestion on Florida highways, which raises auto insurance prices. From the standpoint of a carrier, the closer people drive to other vehicles, the higher the risk of an accident.

Florida car insurance is mandatory, as it is in most other states. You must have a policy that meets the state’s minimum liability standards, which include property damage limits of at least $10,000 and personal injury protection (PIP) coverage of $10,000, in order to drive in the state. Because Florida is a no-fault state, PIP is an additional obligation. This insurance covers your bills regardless of who is at fault in an accident.

When you’re in an accident, insurance companies use the premiums you’ve paid to assist cover your bills. Medical expenditures incurred by the drivers and their passengers, as well as treatments required by the other party in tort states, are covered.

Each year, the United States spends almost $3 trillion on healthcare. While healthcare expenses are high across the country, Florida residents spend more than the national average. The state is one of five in the United States where the average citizen spends 14 percent or more of their income on healthcare, according to the Commonwealth Fund. To cover the high cost of medical bills in the state, insurance firms demand higher rates.

In many jurisdictions, you’ll be compelled to acquire SR-22 if you’ve been charged with a DUI, several at-fault accidents, or another serious driving offense. These policies have much higher rates than the average. Drivers with a DUI in Florida, on the other hand, face harsher consequences. These drivers must file an FR-44 instead of an SR-22, which requires them to acquire coverage with levels of 100/300/50, as well as $10,000 in PIP coverage.

The hefty costs of this extra file could be one of the reasons why vehicle insurance in Florida is so expensive. The average cost of auto insurance for a driver with a clean driving record is $1,379 per year. A high-risk driver, on the other hand, spends $861 extra every year.

Despite the fact that drivers in Florida are legally required to have insurance, 20% of them do not, which is significantly higher than the national uninsured driver rate of 12%. Florida is ranked sixth among the states with the greatest number of uninsured drivers, which means the chances of being involved in an accident with someone who isn’t insured are higher than in other states.

Uninsured motorist insurance is recommended, even though it is not part of the state’s minimum insurance requirements. If you’re in an accident with an uninsured driver, this coverage covers your damages. Because this coverage must be obtained separately, it raises the total insurance costs for the state.

Extreme weather is a significant source of auto insurance claims, especially for drivers who have comprehensive car insurance coverage on their policy. Several weather risks frequent in Florida, such as tornadoes and hurricanes, can severely damage your car, causing your insurance provider to declare it a total loss.

In situations like that, the insurance companies are forced to pay out significant claims in these situations. The frequency of these incidents contributes significantly to the high cost of vehicle insurance in Florida.

One of the most important characteristics used by companies to calculate vehicle insurance premiums is age. Young students and seniors, on average, pay more for insurance than ordinary motorists. The relatively large population of people in both of these age groups in Florida contributes to the state’s high overall insurance prices. The combined population of adults aged 18–24 and seniors in Florida is 17.7%, or 1.5 percent greater than the national average, according to Census data.

The average Florida driver currently spends $2,208 per year or $184 per month for full coverage auto insurance. Florida’s vehicle insurance costs have progressively risen over the previous six years, moving from the 43rd to the 46th cheapest state for coverage. Since 2015, the average rate in the state has climbed by $379.

Extend this helpful article to a friend: 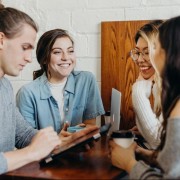 We are passionate about the insurance industry. Our primary goal is to become your one-stop shop for everything insurance. We work with various insurance companies, agents, brokers, marketers, and blogs to ensure we serve you better. Whether you want to learn about aviation, auto, business, boat, disability, farm, health, home, life, travel, yoga, or plumbing insurance, we’ve got you covered. For inquiries, send us an email to [email protected]

Some Borrowers Might Have Student Loan Payments Paused Through 2025

Disability Insurance for Psychiatrists: Costs and What to Know

How Much Disability Insurance for Oncologists Costs and Its Benefits

Own-Occupation Disability Insurance: What It Is and Why You Need It

Orthopedic Surgeon Disability Insurance: What to Know Before You Buy

Neurologists Disability Insurance: Where to Buy It + Costs to Know

Disability Insurance for Oral and Maxillofacial Surgeons: How to Buy + Costs

Some Borrowers Might Have Student Loan Payments Paused Through 2025

Disability Insurance for Psychiatrists: Costs and What to Know

How Much Disability Insurance for Oncologists Costs and Its Benefits

Own-Occupation Disability Insurance: What It Is and Why You Need It

Orthopedic Surgeon Disability Insurance: What to Know Before You Buy

Neurologists Disability Insurance: Where to Buy It + Costs to Know

Disability Insurance for Oral and Maxillofacial Surgeons: How to Buy + Costs

Back to top button
Close