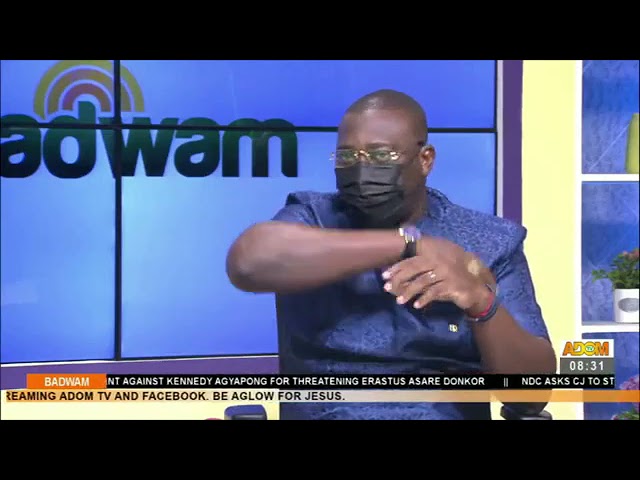 Deputy National Organiser of the National Democratic Congress (NDC), Chief Halmilton Biney, has contributed to the ongoing debate of the First and Second Lady’s rejection of their accumulated allowances.

Mrs Rebecca Akufo-Addo and Mrs Samira Bawuria, via a statement, declined an offer to be paid salaries and also returned accumulated allowances from 2017.

A portion of Mrs Akufo-Addo’s statement read: “Public discussion has been laced with negative opinion, which she finds distasteful, seeking to portray her as a vernal, self-serving and self-centered woman, who does not care about the plight of the ordinary Ghanaian” and on that basis, she made the refund decision.

Chief Biney, speaking on Adom TV’s morning show, Badwam, described the explanation as disappointing and shameful, considering the fact that she still benefits from other non-monetary allowances.

“Anything that has to do with allowance, they said they are not interested… As I speak to you now, the First Lady still uses office the state has provided, vehicles, security. Ghanaians still pay for the cost of her two-way travels. So if she is angry Ghanaians have reacted to her allowance and hence she has refunded it, will she still use the office, travel security and will she still take per diem Ghanaians are paying for or not?,” Chief Biney quizzed.

He added that the refunds were made from a place of anger, defending that the concerns raised on their position as Article 71 holders, which makes them equivalent to Ministers of State and other government appointees, are legitimate.

Chief Biney reiterated that it will take a referendum for the presidential spouses to attain the position that will make it lawful to receive the said salaries.

‘Take the vaccine when it is your turn’ – Akufo-Addo appeals