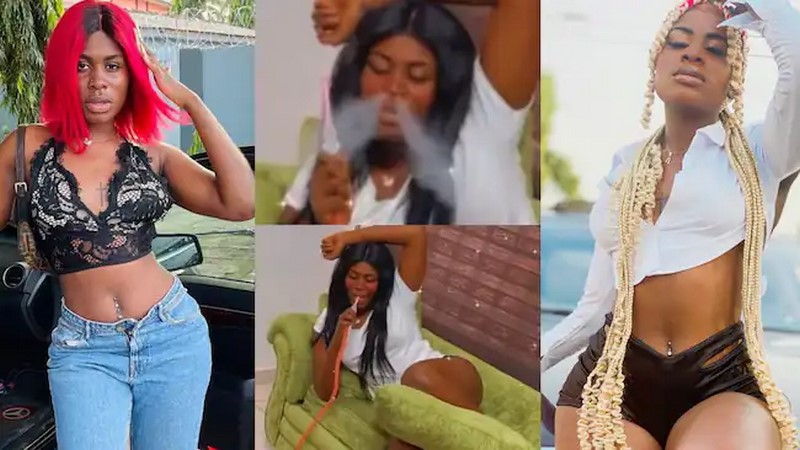 This time it is not only about Miss Jackson wearing a revealing dress but she is taking her ‘hard girl’ reputation a notch higher.

The 3hw3 Papa singer has been spotted smoking ‘shisha’, like nobody’s business and she showed an adeptness to it.

In a video, she was wearing a white short dress as she rests in a green couch.

The happy-looking actress held the shisha tube and inhaled smoke from it.

After inhaling, she did not discharge the smoke through her mouth but did it through her nose.

See also  Everyone In My House Uses ‘Nkuto’ - Sarkodie  | Music

From a teacher to renowned broadcaster; The story of Adom FM’s Kwame..