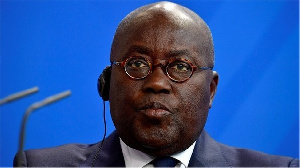 A communication team member of the National Democratic Congress (NDC), Eric Sosu, has argued that the governing New Patriotic Party (NPP) should not use Covid-19 as an excuse for their poor management of the economy.

He said the incompetent NPP government mismanaged the economy before Ghana was hit by the deadly virus, therefore, they have no basis to blame their poor performance on the virus.

Mr. Sosu was worried the collapse of banks was a major threat to the economy.

The Vice President, he stated, promised Ghanaians of good and potable drinking water across the country in the first two years of their first them as well as moving the country from taxation to production.

But they have failed us and sending the country into the abyss.

He said as part of measures to silence journalists, the government has rewarded several of them and attacking those criticizing them.

He said Ghanaians are struggling, with the free SHS facing a financial crisis, yet when people complain, they are attacked.

President’s Private Jet Trips: Why Preempt Your Own Question? – Kweku...